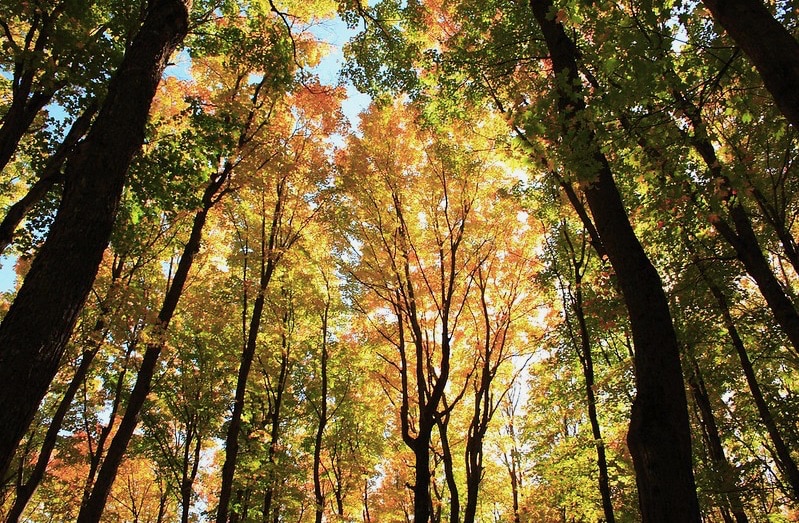 Mercury is deposited from the atmosphere into forests worldwide in greater quantities than previously thought, according to new research in the journal PNAS led by former Desert Research Institute (DRI) scientist Daniel Obrist (currently with University of Massachusets, Lowell) and a team that included Hans Moosmüller of DRI in Reno. Moosmüller contributed analytical tools for the measurement of mercury fluxes in this study, and also participated in writing the paper. The full news release from UMass Lowell is below.

LOWELL, Mass. – Researchers led by a UMass Lowell environmental science professor say mercury measurements in a Massachusetts forest indicate the toxic element is deposited in forests across the globe in much greater quantities than previously understood.

The team’s results underscore concern for the health and well-being of people, wildlife and waterways, according to Prof. Daniel Obrist, as mercury accumulating in forests ultimately runs off into streams and rivers, ending up in lakes and oceans.

Mercury is a highly toxic pollutant that threatens fish, birds, mammals and humans. Hundreds of tons of it are released into the atmosphere each year by coal-burning power plants, as well as through gold mining and other industrial processes, and the pollutant is distributed by winds and currents across the globe. Long-term exposure to mercury, or consuming food containing high levels of the pollutant, can lead to reproductive, immune, neurological and cardiovascular problems, according to Obrist, chair of UMass Lowell’s Department of Environmental, Earth and Atmospheric Sciences.

Forests constitute the world’s most abundant, productive and widespread ecosystems on land, according to Obrist, who said the study is the first that examines a full picture of how mercury in the atmosphere is deposited at any rural forest in the world, including the deposition of mercury in its gaseous form, which most previous studies do not address.

“Trees take up gaseous mercury from the atmosphere through their leaves and as plants shed their leaves or die off, they basically transfer that atmospheric mercury to the ecosystems,” he said.

The results of the project, which is supported by a three-year, $873,000 grant from the National Science Foundation (NSF), were published this week in an issue of the Proceedings of the National Academy of Sciences. UMass Lowell student Eric Roy, a double-major in meteorology and mathematics from Lowell, is among the study’s co-authors.

For the past 16 months, the team has measured how mercury in the atmosphere gets deposited at Harvard Forest in Petersham, a nearly 4,000-acre site that includes hardwood deciduous broadleaf trees such as red oak and red maple that shed their leaves every year. A set of measurement systems placed at various heights on the forest’s 100-foot-tall research tower assessed the site’s gaseous mercury deposition from the tree canopy to the forest floor.

“Our study suggests that mercury loading in forests has been underestimated by a factor of about two and that forests worldwide may be a much larger global absorber and collector of gaseous mercury than currently assumed. This larger-than-anticipated accumulation may explain surprisingly high mercury levels observed in soils across rural forests,” he said.

Plants seem to dominate as a source of mercury on land, accounting for 54 to 94 percent of the deposits in soils across North America. The total global amount of mercury deposited to land currently is estimated at about 1,500 to 1,800 metric tons per year, but it may be more than double if other forests show similar levels of deposition, according to Obrist.

The researchers are continuing their work at a second forest in Howland in northern Maine. Howland Forest, a nearly 600-acre research site full of evergreens that retain their leaves year-round, offers a distinctly different habitat than the deciduous forest in Petersham. Assessing both forests will allow researchers to examine differences in mercury accumulation between different forest types, Obrist said.

The work is providing a hands-on research experience for Roy, a UMass Lowell Honors College student who was invited to become a member of the university’s Immersive Scholar program in 2019. The initiative enables first-year students with outstanding academic credentials to participate in lab work and research right from the start of their academic studies.

“It’s really exciting to be a co-author,” Roy said. “This study allowed us to quantify how much mercury is being accumulated in this type of forest. Modelers can use these results to improve their understanding of how mercury cycles through the environment on a global scale and how that might change in the future.”

Roy helped analyze the data collected in the field.

“Eric’s contributions to the study are tremendous. It’s not very common for an undergrad to play such an important role in a major, federally funded research project,” Obrist said. “His work is really impressive and he has become more and more active in data analysis and doing complex flux calculations and data processing. He really earned himself second author position in the paper in the Proceedings of the National Academy of Sciences.”

Other contributors to the study include Asst. Prof. Róisín Commane of Columbia University; students and postdoctoral researchers from UMass Lowell and Columbia University; and collaborators from Harvard University; the Desert Research Institute in Reno, Nevada; and the Northwest Institute of Eco-Environment and Resources and the University of the Chinese Academy of Sciences in Lanzhou. Additional research support was provided by the U.S. Department of Energy.

UMass Lowell is a national research university offering its more than 18,000 students bachelor’s, master’s and doctoral degrees in business, education, engineering, fine arts, health, humanities, sciences and social sciences. UMass Lowell delivers high-quality educational programs and personal attention from leading faculty and staff, all of which prepare graduates to be leaders in their communities and around the globe. www.uml.edu