In Memory of Thomas Gallagher 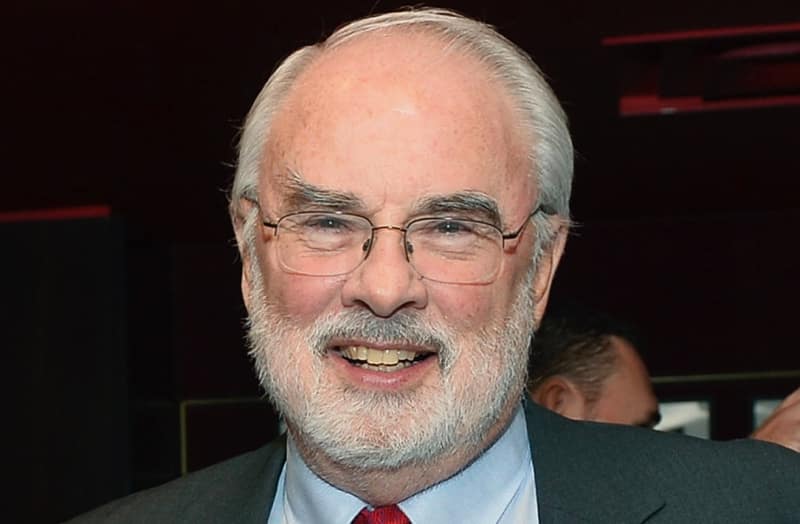 It is with deep sadness that we share the passing of Tom Gallagher, our dear friend and four-term Trustee, leader, and passionate supporter of DRI and the DRI Foundation. Tom strongly believed in supporting cutting-edge scientific research initiatives, and he was the first to donate to the newest emerging projects. Recently, Tom committed $1 million to the Innovation Research Program as a matching grant. Tom’s desire to make our world a better place for all and his commitment to the future of environmental science took him all over the world right along DRI researchers as they performed pioneering on-the-field analysis in Asia, the Middle East, and Africa.

Sitting alongside him, we have been able to experience his vision and leadership these last two decades in his role as Trustee, Executive Council, Vice Chairman, and founding member of the President’s Council. Tom’s extraordinary contributions will live on in these and many other life-saving initiatives and key programs. Our hearts and thoughts are with Tom’s wife Mary and the entire Gallagher family during this sad and difficult time. Tom’s obituary is below.

Thomas Edmund Gallagher died peacefully on July 15, 2021 surrounded by family at UC Irvine Medical Center following complications from a year long battle with cancer.   He was born in Michigan and grew up in Detroit.  He was the son of Edmund and Monica Gallagher, the oldest of eight children.

During the late 1980s he initially served as Merv Griffin’s lawyer then transitioned to president and CEO of the Griffin Group, the investment and management company for Merv Griffin’s extensive hotel, gaming, entertainment, and media operations. Five years later his position included CEO of Resorts International. After the merger of Resorts International with Sun International, he joined Hilton Hotels Corporation as its Executive Vice President and General Counsel, leading the spinoff of its gaming businesses into a new NYSE company Park Place Entertainment. He subsequently became CEO of Park Place (renamed Caesars Entertainment), the world’s largest casino resort company at that time.

In 2004, after a successful 33 year career as a businessman and lawyer, Thomas ran for Congress for Nevada’s Third Congressional District. Although he lost his bid, Thomas continued to show his commitment to helping others while serving on the boards of several Nevada non-profit organizations, including the Guinn Center for Policy Priorities (a co-founder), the Black Mountain Institute, and Vegas PBS. He also served as a trustee of the UNLV Foundation and the Desert Research Institute Foundation. Committed to education, in 2017 he joined the UNLV William S. Boyd School of Law and Lee Business School as an Adjunct Professor, teaching Business Law and Ethics.

Tom is survived by his wife Mary Kay, his four adult children, seven grandchildren, his five brothers and two sisters, and many nieces and nephews. He was preceded in death by his parents and a granddaughter.

Cremation will take place in Orange, CA and a Memorial Mass will be held at a later date. In lieu of flowers a donation in his honor to the DRI Foundation in Reno would be welcomed.