What’s in the plume?

When the air over Reno and other western communities turns hazy-brown with wildfire smoke, many can’t help but wonder – what is in the smoke, and can it make us sick? Desert Research Institute (DRI) scientists Andrey Khlystov, Ph.D., Dante Staten, M.S., and a team of colleagues from DRI and the University of Nevada, Reno (UNR) are currently working to find out, as part of a five-year project funded by the National Institutes of Health.

The project, which began in 2019, will compare the impacts on human health of two different types of fire smoke – smoke from wildfires versus that from prescribed burns. Although each can generate large plumes of smoke, wildfires often burn hotter and their plumes may include chemicals released by burning houses or other structures.

“Prescribed fires do still generate smoke, but they are usually lower intensity fires, so they generate different amounts of pollutants and different kinds of particles to some extent,” Khlystov said. “So, our study is asking, what is the relative benefit to health of managing land with prescribed fires? Or, is prescribed fire and wildfire smoke about the same?” 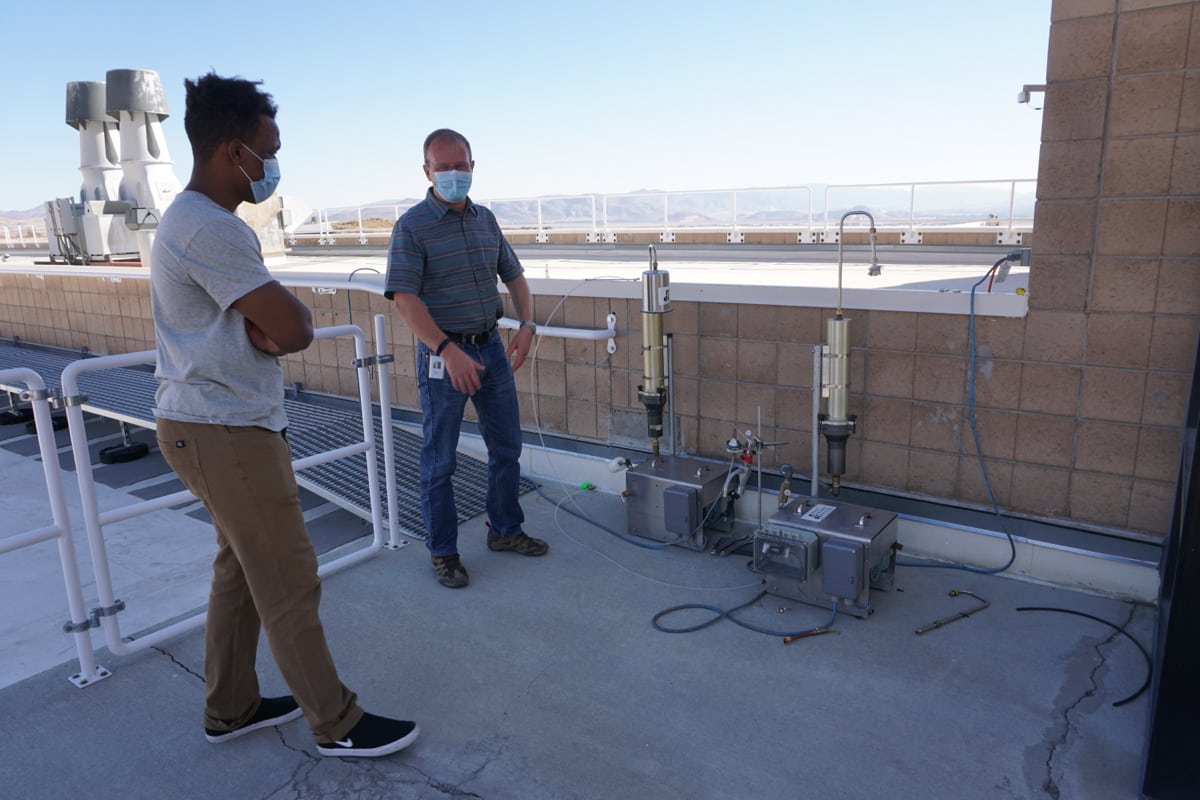 In 2019, Khlystov, Staten and their colleagues began collecting and analyzing air samples at Environmental Protection Agency (EPA) monitoring sites in Reno and Sparks, as well as on the DRI rooftop. They have continued to collect air quality samples during summer and fall of 2020.

“Last year our air was pretty clean – unlucky for the project, but lucky for everyone else,” Khlystov said. “But this year, from about mid-August to mid-September, we had almost non-stop smoky days.”

Staten, a graduate research assistant and Ph.D. student with UNR’s environmental science program, has been heavily involved in sample collection during his time at DRI. With more than 150 air quality samples now in hand, he is beginning to process and analyze them in DRI’s Organic Analytical Lab. 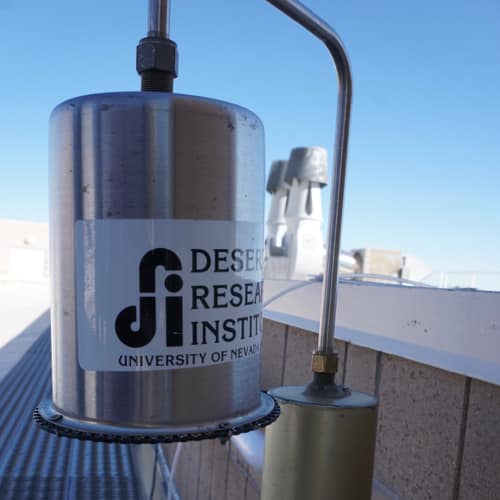 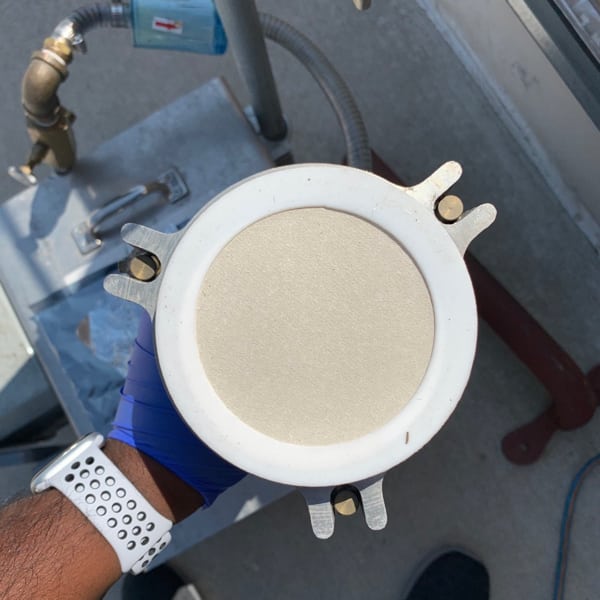 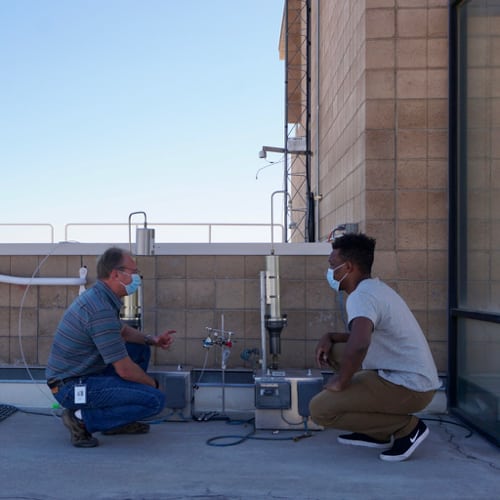 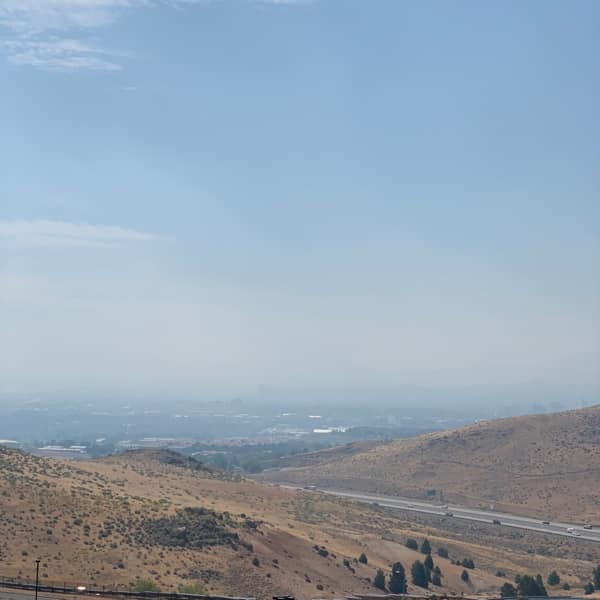 Above: Using air quality monitoring equipment located at sites in Reno and Sparks, DRI researchers have collected more than 150 air quality samples during the 2020 season. The photos above were taken from the DRI rooftop in 2019 and 2020.

Credit: DRI.
Next, Khlystov and his team plan to conduct laboratory experiments in DRI’s combustion chamber in order to learn more about the specific air quality impacts of burning different fuel types collected from around Reno and other parts of the Sierra Nevada and California, and to learn about how the chemical composition of smoke changes over time. They will use this data and information to create a model of the pollutants present in smoke plumes.

Working in collaboration with epidemiologist Matt Strickland, Ph.D., of UNR, the researchers will then compare information from the air quality model with a database of health records provided by Renown Health. This will allow the team to investigate impacts of smoke on human health in terms of number of hospital visits that occurred during wildfire or prescribed fire smoke events.

“Renown has millions of health records, all anonymized so that there are no privacy issues, but we can use them to see how many people have health complaints after an episode of wildfire or prescribed fire smoke,” Khlystov explained. “This will allow epidemiologists to figure out how bad an impact was – for example, if we have an increase in smoke particle concentration by a factor of two, does that mean 100 more people coming to the hospital, or 1,000, or 10,000?” 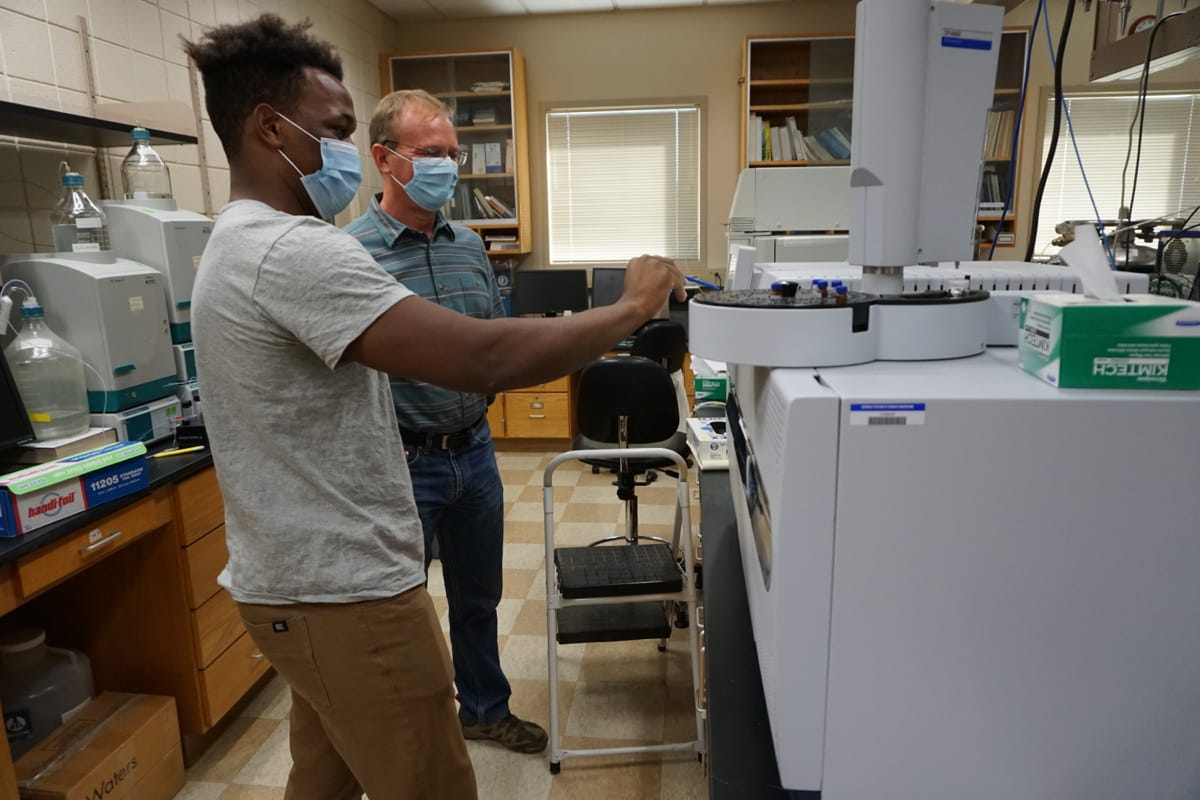 As climate change continues to alter natural fire regimes, Khlystov, Staten and their colleagues hope that their study findings will provide needed information to help everyone from land managers to the medical community and individual citizens better manage risk during the fire season.

“The incidence of wildfires here in the west and around the world is increasing, it’s very difficult not to notice,” Khlystov said. “People know that the particles are not good for you and are causing all sorts of health effects, but there are still a lot of unknowns.”

For more information on this study, read the project summary: Associations of smoke from wildfires and prescribed burns with cardiorespiratory health outcomes in Reno, NV 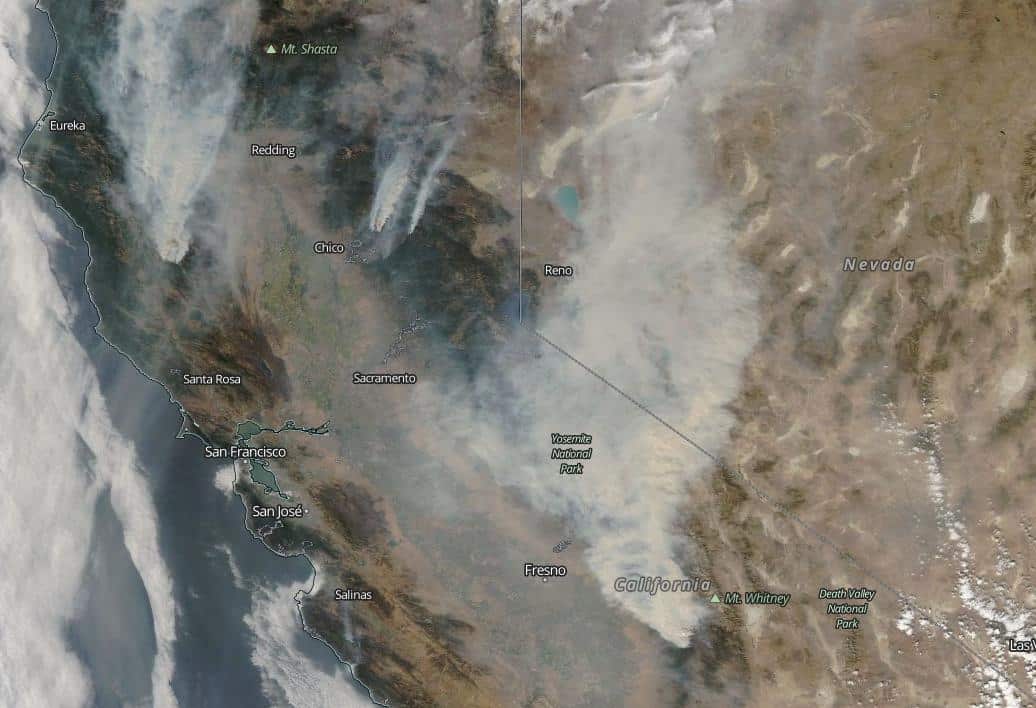