Meet DRI scientist Tiffany Pereira and learn about her work in botany and scientific illustration in this interview with DRI’s Behind the Science blog.

Tiffany Pereira, M.S., is an assistant research scientist with the Division of Earth and Ecosystem Sciences at the Desert Research Institute in Las Vegas. She has been a member of the DRI community since July of 2019, and specializes in field biology, range ecology, and scientific illustration. Tiffany is originally from southern California, and holds a bachelor’s degree in environmental studies from University of Southern California and a Master’s degree in Ecology and Evolutionary Biology from the University of Nevada, Las Vegas (UNLV). In her free time, she enjoys doing artwork, singing in a community choir, hiking, and taking care of a small army of pets – ten species of frogs, geckos, a salamander, a caecilian (a legless amphibian), and three snakes. 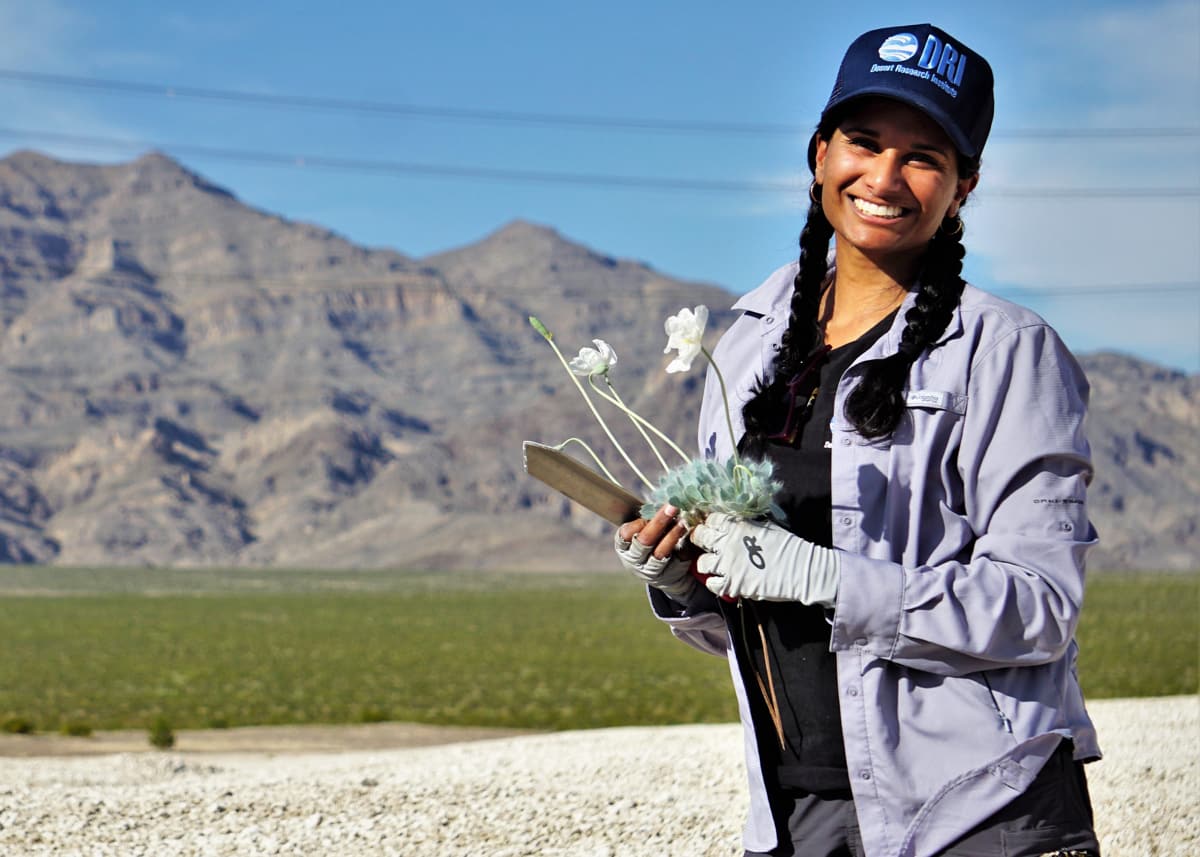 Pereira: I specialize in the flora and fauna – so, plants and animals – of the desert southwest, and the ecological processes going on in the region. In my work, I try to provide land managers and resource managers with sound advice and sound research to back up issues that they might have when it comes to protecting and conserving our natural resources. I’m also a scientific illustrator, so I try whenever I can to incorporate artwork into what I do.

I started here at DRI in July of 2019 after graduating with my masters from UNLV, so I haven’t been here quite a year yet – but so far, one of my main tasks has been to provide resource management planning out at the Nevada Test and Training Range. I’m also working on a new project to do a botanical inventory out at Tule Springs Fossil Beds National Monument. 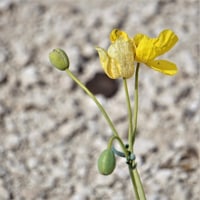 DRI: Where is Tule Springs Fossil Beds National Monument, and what do you hope to learn there?

Pereira: Tule Springs is a new park that was formed by the National Park Service in 2014 on land that was formerly managed by the BLM. It is a vast landscape, and it’s located on the north edge of Las Vegas with housing developments that back right up to the border, so it is what you would consider an urban park. The park is known for the presence of Ice Age fossils – including some really cool ancient mammals like mammoths, lions, bison, ground sloths, and camels – but there is also a diverse array of modern-day Mojave Desert flora and fauna on the site that hasn’t really been studied yet.

The park managers at Tule Springs are facing some unique challenges, because people used to have basically unlimited access to do whatever they wanted on the land. Now, the park is trying to manage the land and resources in a more sustainable way, but they don’t have much baseline data to support what they are trying to accomplish. It’s hard to manage rare plants and invasive species if you don’t really know what’s out there, or where those populations are occurring. So, that’s where this botanical inventory comes in. 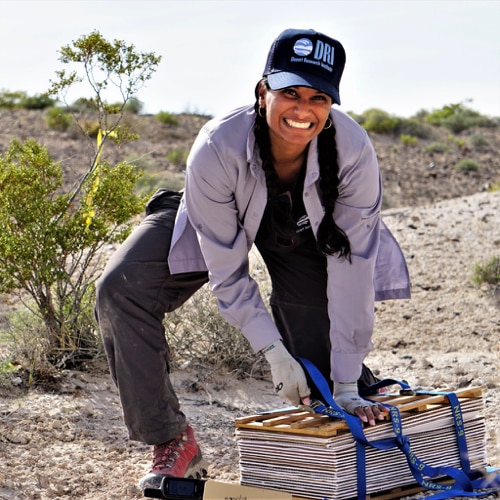 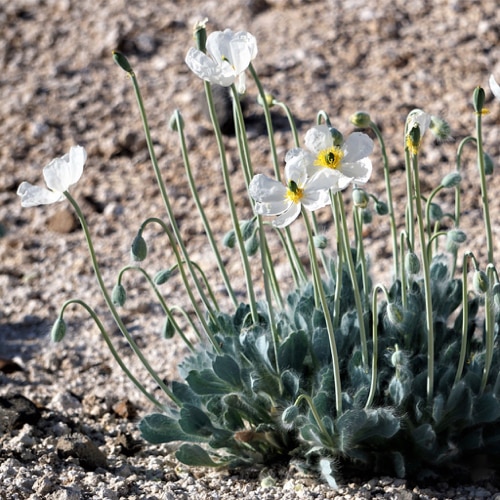 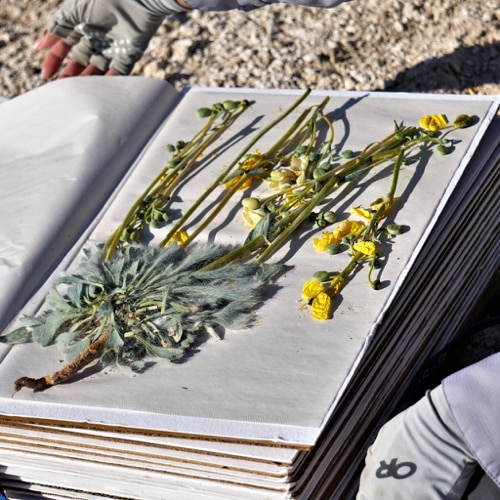 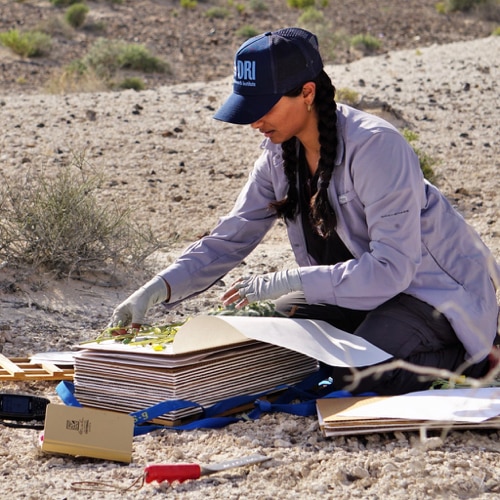 How do you do a botanical inventory?

Well, the monument itself is 22,605 acres. It’s a really large area to cover, so we can’t aim for 100 percent coverage, but we will go out to randomly located sample sites to get a feel for the vegetation, the cover, and what the dominant species are. Then we’ll move to different spots and get different plants from different areas – for example, if we spend some time in a creosote shrub community, then we’ll move down into a sand dune community, or down into the washes. We will also go out at different times of year in order to capture peak flowering periods of each major group of plants. Our job to collect specimens that will be stored in an herbarium at the Nevada State Museum as a permanent record of the plants found at this monument, and also to create a species list for the park, like a checklist. That’s where scientific illustration might come in – I might try to illustrate some of the more prolific species, or rare or special status species found on the monument. 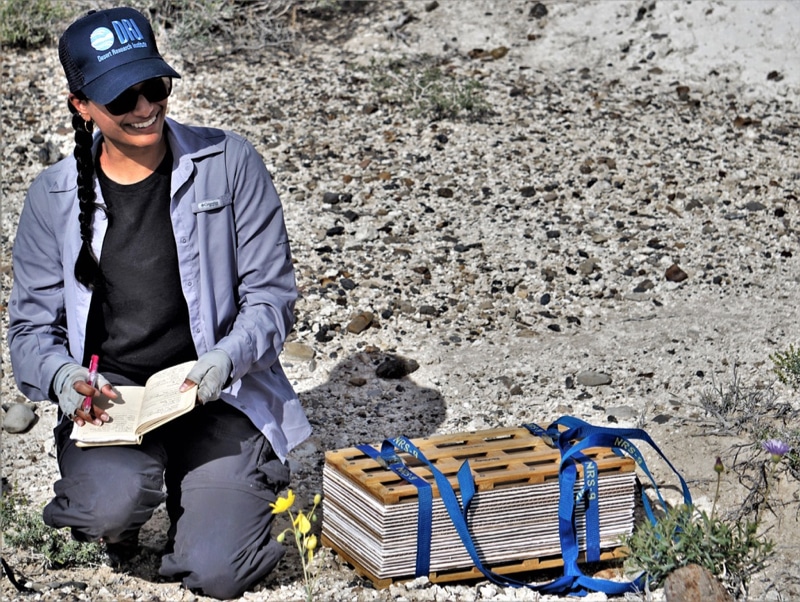 Why do you like to use scientific illustration in your work? What do you see as the benefit of an illustration, over, say, a photograph?

Oftentimes, especially with certain medical, botanical, or wildlife illustrations, illustrations are done in black and white. That’s because you can actually get a lot more detail and texture to come across in an illustration than in a normal photograph. It also is better for people who are colorblind, or who have trouble discerning the subtleties of color.

With an illustration of a plant, you can look at multiple examples and sort of illustrate the average to get the best possible representation of that particular species or specimen, rather than just choosing one and saying “all right, this is the one I’m going to take a picture of.” You can also show multiple life stages at once, or show a specimen from different angles.

Scientific illustration is actually something that has been around forever. All of the graphics in our textbooks, those are scientific illustrations. Early researchers like Darwin and Audubon, they had to rely on illustration to convey their findings and to progress their fields. So, it does have a very deep thread winding through the course of scientific discovery. And in the age of trying to think more about science communication, and getting our work out there in an accessible and sharable way, a picture is still worth a thousand words. Why read an abstract that is confusing and painstaking, when you can look at a visual abstract that graphically depicts the findings of a paper?

In addition to the more traditional approaches to scientific illustration, there are also some more modern scientific illustration techniques that are accepted as part of this growing field. The use of stacking software is one, where you take photos through a microscope and focus them at different levels, then use software to compress and combine ten or twenty images into one beautiful photo that is focused all the way through.

“In the age of trying to think more about science communication, and getting our work out there in an accessible and sharable way, a picture is still worth a thousand words.”

When I was younger, I wanted to be a Disney animator because I loved illustration, I loved artwork. As I got older, my love for science kind of chipped in on that – but I always had a mentality of “why not both”? As an undergrad, I combined the two as much as I could – I was a science major, but I also minored in fine arts. And then, I was pleasantly surprised to come across the whole field of scientific illustration, and realize that it really is its own thing.

Once I learned that scientific illustration was a field in its own right, I thought, never again will I try to separate the two aspects of my being. There really is a field that combines science and art, and that’s exactly how I am as a person. So, I incorporated it as part of my undergrad, I had a whole chapter of my master’s thesis dedicated to it, and I’m pleased and grateful to DRI for allowing that to be a part of my career now. 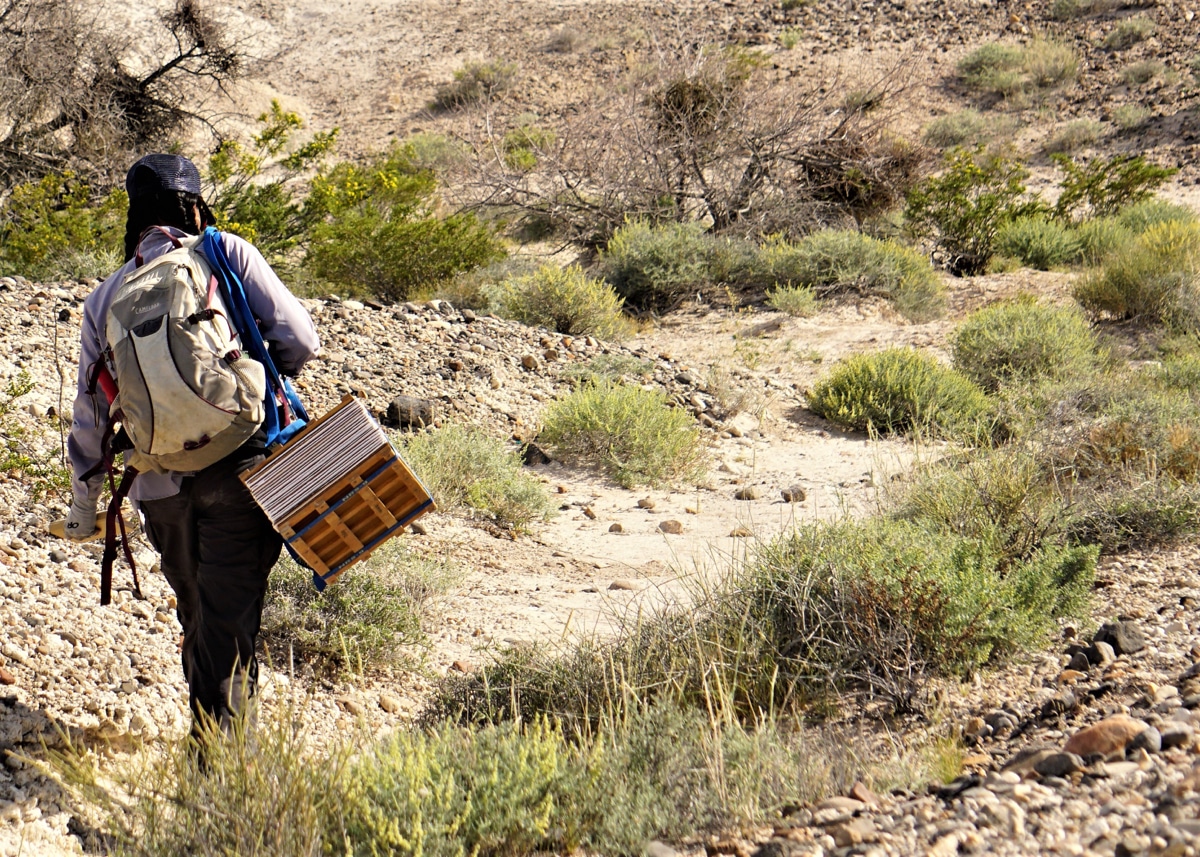