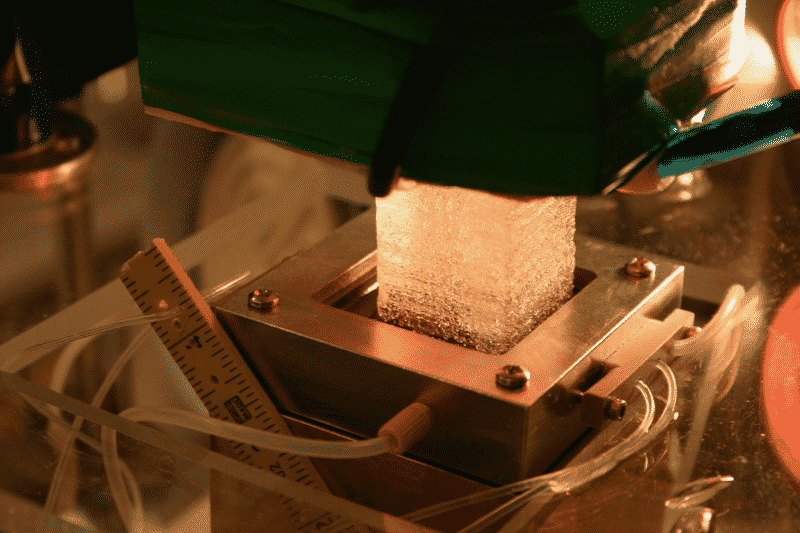 Reno, Nev. (Thurs. January 17th) – For the second time, research out of the Ultra-trace Ice Core Chemistry Laboratory at the Desert Research Institute (DRI) in Reno, Nevada, has been named one of the year’s biggest scientific discoveries by Discover magazine.

The research, originally published in the Proceedings of the National Academies of Science last May, used ice samples from the North Greenland Ice Core Project (NGRIP) to measure, date, and analyze European lead emissions that were captured in Greenland ice between 1100 BC and AD 800. Their results provide new insights for historians about how European civilizations and their economies fared over time.

“Our record of sub-annually resolved, accurately dated measurements in the ice core starts in 1100 BC during the late Iron Age and extends through antiquity and late antiquity to the early Middle Ages in Europe, a period that included the rise and fall of the Greek and Roman civilizations,” said the study’s lead author Joe McConnell, Ph.D., Research Professor of Hydrology at DRI and Director of the Ice Core Lab. “We found that lead pollution in Greenland very closely tracked known plagues, wars, social unrest and imperial expansions during European antiquity.”

This is the second time research out of the DRI Ice Core Lab has been recognized in the Discover magazine round up of the year’s top science stories. In the January 2008 issue, findings on rising black carbon levels in Greenland ice cores during the industrial revolution made the magazine’s 2007 top 100 list.

“Selection of these findings as among the world’s top science stories of 2018 is very exciting for the members of our research group and our international collaborators. It is especially rewarding for me in that a largely ice core based study was selected as among the top stories in archaeology rather than in earth or environmental sciences. This all demonstrates the vast potential of highly interdisciplinary research teams working together.”