A growing number of Native American households in Nevada have no access to indoor plumbing, a condition known as “plumbing poverty,” according to a new study by a team from DRI and the Guinn Center for Policy Priorities.

The study assesses trends and challenges associated with water security (reliable access to a sufficient quantity of safe, clean water) in Native American households and communities of Nevada and also found a concerning increase in the number of Safe Drinking Water Act violations during the last 15 years.

In this study, the research team used U.S. Census microdata on household plumbing characteristics to learn about the access of Native American community members to “complete plumbing facilities,” including piped water (hot and cold), a flush toilet, and a bathtub or shower. They also used water quality reports from the Environmental Protection Agency to learn about drinking water sources and health violations.

According to their results, during the 30-year time period from 1990-2019, an average of 0.67 percent of Native American households in Nevada lacked complete indoor plumbing – higher than the national average of 0.4 percent. Their findings show a consistent increase in the lack of access to plumbing over the last few decades, with more than 20,000 people affected in 2019.

“Previous studies have found that Native American households are more likely to lack complete indoor plumbing than other households in the U.S., and our results show a similar trend here in Nevada,” said lead author Erick Bandala, Ph.D., assistant research professor of environmental science at DRI. “This can create quality of life problems, for example, during the COVID-19 pandemic, when lack of indoor plumbing could have prevented basic health measures like hand-washing.” 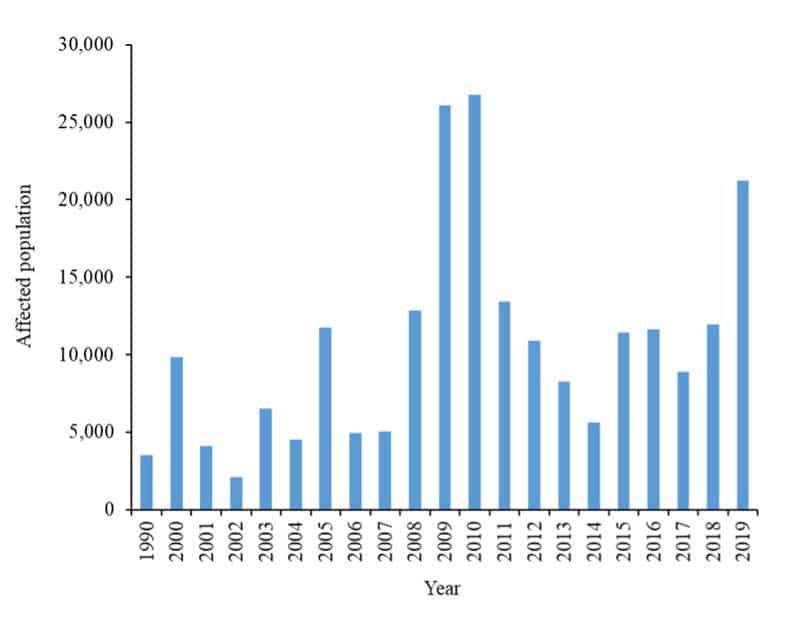 Native American community members in Nevada with no access to plumbing from 1990 to 2019.

Plumbing poverty may correlate with other types of poverty. Analysis by the study team showed that as the number of people living in a household increased, access to complete plumbing decreased significantly, in agreement with other studies.

“Water accessibility, reliability, and quality are major challenges for Native American communities in Nevada and throughout the Southwest,” said coauthor Maureen McCarthy, Ph.D., research professor of environmental science and director of the Native Climate project at DRI. 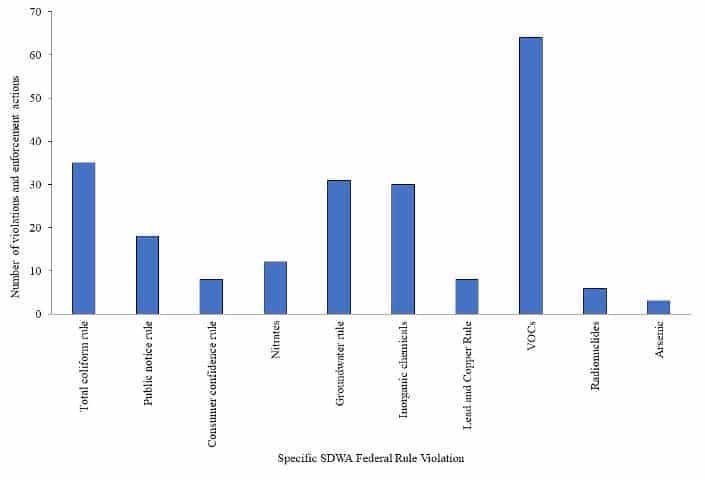 The study authors hope that their findings are useful to decision-makers and members of the general public who may not be aware that plumbing poverty and water quality are significant problems in Nevada.

The full study, “Assessing the effect of extreme heat on workforce health in the southwestern USA,” is available from the International Journal of Environmental Science and Technology: https://www.sciencedirect.com/science/article/pii/S1462901122002179?dgcid=author