Above: Smoke from human-caused wildfires on the Patagonian steppe are trapped in Antarctic ice.

Fire emissions in the Southern Hemisphere may have been much higher during pre-industrial times than in the present day, according to new research from an international team of scientists including Nathan Chellman, Ph.D., Monica Arienzo, Ph.D., and Joe McConnell, Ph.D., of the Desert Research Institute (DRI) in Reno.

The study, published today in Science Advances, used new ice core data from DRI’s Ice Core Laboratory to document changes in levels of soot from ancient fires and modern fossil fuel combustion during the years 1750 to 2000. Many of the 14 Antarctic ice cores included in the study were obtained through national and international collaborations, and together comprise an unprecedented long-term record of Southern Hemisphere fire activity that provided the foundation for the modeling effort described in the new paper.

All of the ice cores were analyzed using a specialized method for soot measurements in ice that McConnell and his team pioneered at DRI nearly 15 years ago. This method is now widely used in laboratories around the world.

For more information about the DRI Ice Core Laboratory, please visit: https://www.dri.edu/labs/trace-chemistry-laboratory/. The full news release from Harvard University, A fiery past sheds new light on the future of global climate change, is posted below. 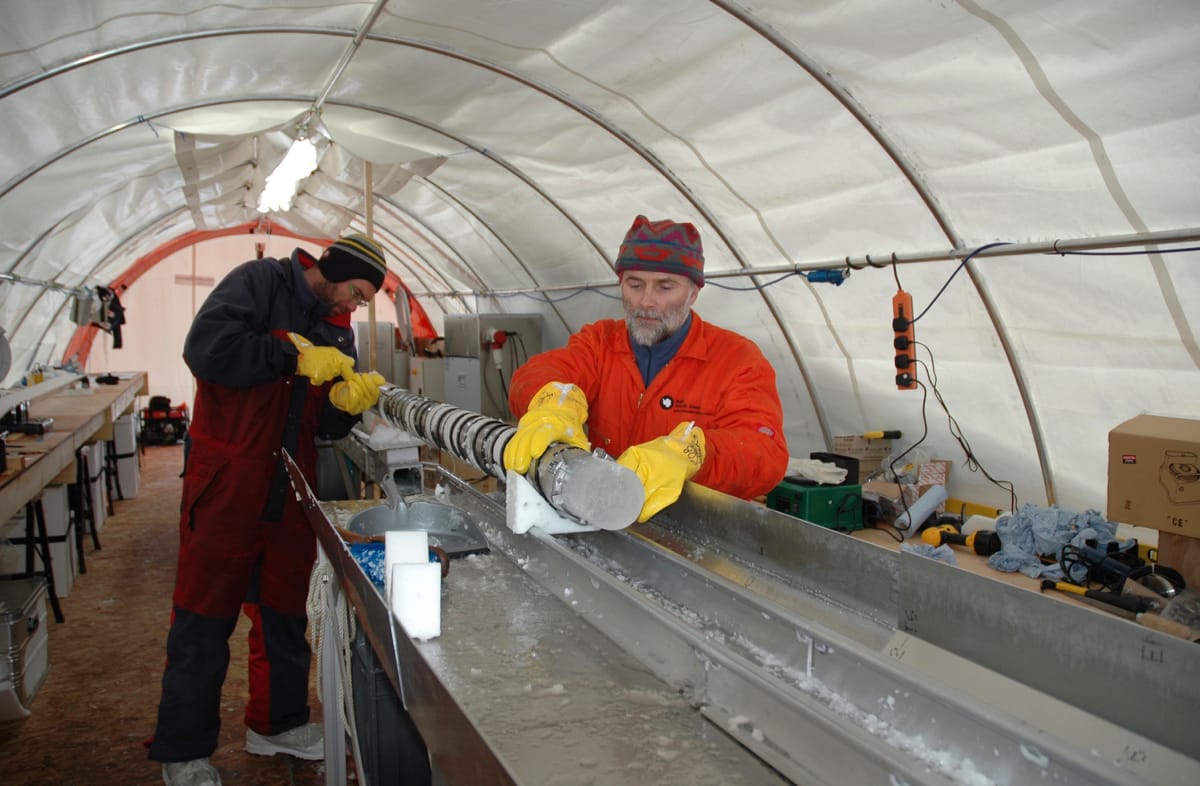 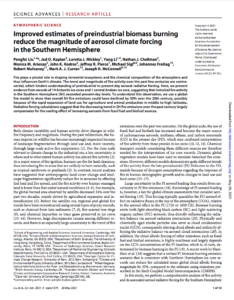 The full text of the paper, Improved estimates of preindustrial biomass burning reduce the magnitude of aerosol climate forcing in the Southern Hemisphere, is available from Science Advances: https://advances.sciencemag.org/content/7/22/eabc1379.abstract

Centuries-old smoke particles preserved in the ice reveal a fiery past in the Southern Hemisphere and shed new light on the future impacts of global climate change, according to new research published in Science Advances.

“Up till now, the magnitude of past fire activity, and thus the amount of smoke in the preindustrial atmosphere, has not been well characterized,” said Pengfei Liu, a former graduate student and postdoctoral fellow at the Harvard John A. Paulson School of Engineering and Applied Sciences (SEAS) and first author of the paper. “These results have importance for understanding the evolution of climate change from the 1750s until today, and for predicting future climate.”

One of the biggest uncertainties when it comes to predicting the future impacts of climate change is how fast surface temperatures will rise in response to increases in greenhouse gases. Predicting these temperatures is complicated since it involves the calculation of competing warming and cooling effects in the atmosphere. Greenhouse gases trap heat and warm the planet’s surface while aerosol particles in the atmosphere from volcanoes, fires and other combustion cool the planet by blocking sunlight or seeding cloud cover. Understanding how sensitive surface temperature is to each of these effects and how they interact is critical to predicting the future impact of climate change. 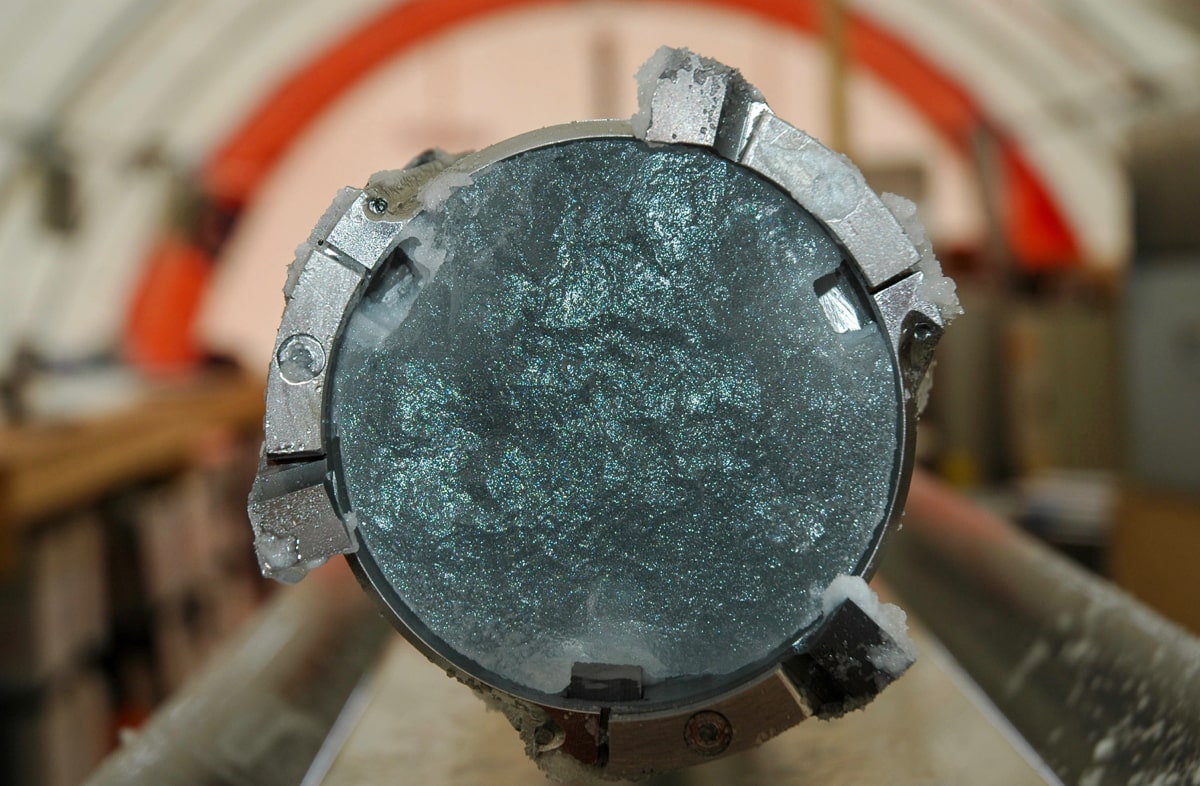 Ancient ice from James Ross Island in the Northern Antarctic Peninsula about to be extracted from the drill barrel.

To model smoke in the pre-industrial Southern Hemisphere, the research team looked to Antarctica, where the ice trapped smoke particles emitted from fires in Australia, Africa and South America. Ice core scientists and co-authors of the study, Joseph McConnell and Nathan Chellman from the Desert Research Institute in Nevada, measured soot, a key component of smoke, deposited in an array of 14 ice cores from across the continent, many provided by international collaborators.

What they found was unexpected.

“While most studies have assumed less fire took place in the preindustrial era, the ice cores suggested a much fierier past, at least in the Southern Hemisphere,” said Loretta Mickley, Senior Research Fellow in Chemistry-Climate Interactions at SEAS and senior author of the paper.

To account for these levels of smoke, the researchers ran computer simulations that account for both wildfires and the burning practices of indigenous people.

“The computer simulations of fire show that the atmosphere of the Southern Hemisphere could have been very smoky in the century before the Industrial Revolution. Soot concentrations in the atmosphere were up to four times greater than previous studies suggested. Most of this was caused by widespread and regular burning practiced by indigenous peoples in the pre-colonial period,” said Jed Kaplan, Associate Professor at the University of Hong Kong and co-author of the study. 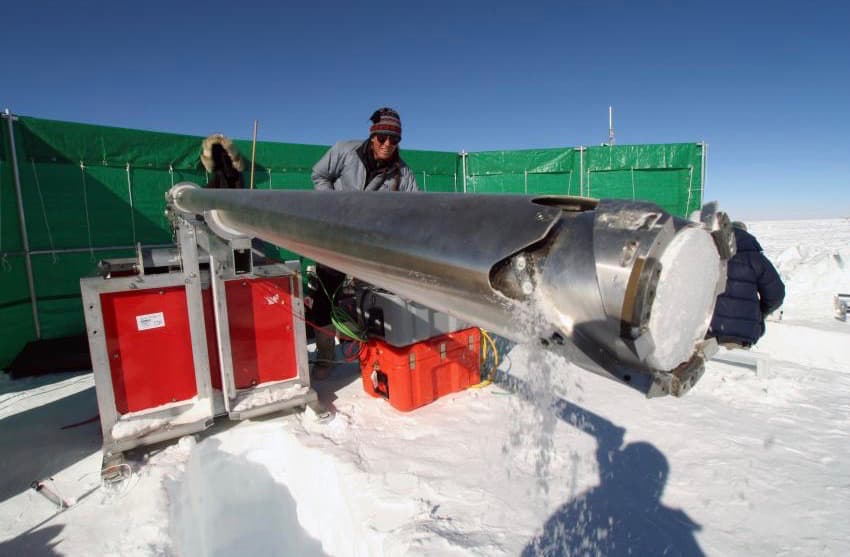 This result agrees with the ice core records that also show that soot was abundant before the start of the industrial era and has remained relatively constant through the 20th century. The modeling suggests that as land-use changes decreased fire activity, emissions from industry increased.

What does this finding mean for future surface temperatures?

By underestimating the cooling effect of smoke particles in the pre-industrial world, climate models might have overestimated the warming effect of carbon dioxide and other greenhouse gasses in order to account for the observed increases in surface temperatures.

“Climate scientists have known that the most recent generation of climate models have been over-estimating surface temperature sensitivity to greenhouse gasses, but we haven’t known why or by how much,” said Liu. “This research offers a possible explanation.”

“Clearly the world is warming but the key question is how fast will it warm as greenhouse gas emissions continue to rise. This research allows us to refine our predictions moving forward,” said Mickley.

The full text of the paper, Improved estimates of preindustrial biomass burning reduce the magnitude of aerosol climate forcing in the Southern Hemisphere, is available from Science Advances: https://advances.sciencemag.org/content/7/22/eabc1379.abstract

The news release above was reposted with permission from Harvard University: https://www.seas.harvard.edu/news/2021/05/fiery-past-sheds-new-light-future-global-climate-change.