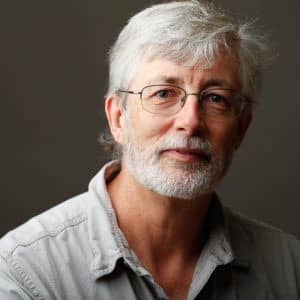 RENO, Nev. (Nov. 28th, 2018) – Michael Dettinger, Ph.D., a leading climate researcher in Nevada, has been named a lifetime Fellow of the American Association for the Advancement of Science (AAAS) in honor of his remarkable achievements in advancing scientific understanding of the connections between climate and water resources in the Western U.S. Dettinger is one of 416 AAAS members receiving this honor this year, and one of just ten in the Atmospheric and Hydrospheric Sciences section.

“I am both very honored and quite surprised by this turn of events,” Dettinger said humbly of the recognition. “Make no mistake, this kind of honor is rarely for a one-man show. I have always been eager to pitch in however I can and to collaborate with really fine scientists.”

Dettinger holds several professional and academic appointments: he is a senior research hydrologist for the U.S. Geological Survey’s National Research Program, a resident scientist at the University of Nevada Reno, a research associate of the Scripps Institution of Oceanography, and a distinguished visiting researcher at the Desert Research Institute (DRI).

Over the course of his career, Dettinger has monitored and researched the hydrology, climates, and water resources of the West, focusing on regional water resources, watershed modeling, causes of hydro-climatic variability and extremes (including atmospheric rivers and droughts), and climate change influences.

“Looking forward, I figure that the best use of this kind of honor is to see whether it can be used as a wedge for helping better science and better things happen generally,” said Dettinger.

This year’s Fellows, who represent a broad swath of scientific disciplines, were selected for diverse accomplishments that include pioneering research, leadership within their field, teaching and mentoring, fostering collaborations and advancing public understanding of science. They will be formally recognized at the 2019 AAAS Annual Meeting in Washington D.C., where they will be presented with an official certificate and the AAAS Fellows’ gold and blue rosette pin, the colors of which represent the fields of science and engineering respectively.

The full list of 2018 Fellows will be published in the Nov. 29 issue of Science and is available online with the original AAAS press release: https://www.aaas.org/news/aaas-honors-accomplished-scientists-2018-elected-fellows.

Andrea Korte of the AAAS Office of Public Programs contributed to this release.