1,000 years of glacial ice reveal ‘prosperity and peril’ in Europe 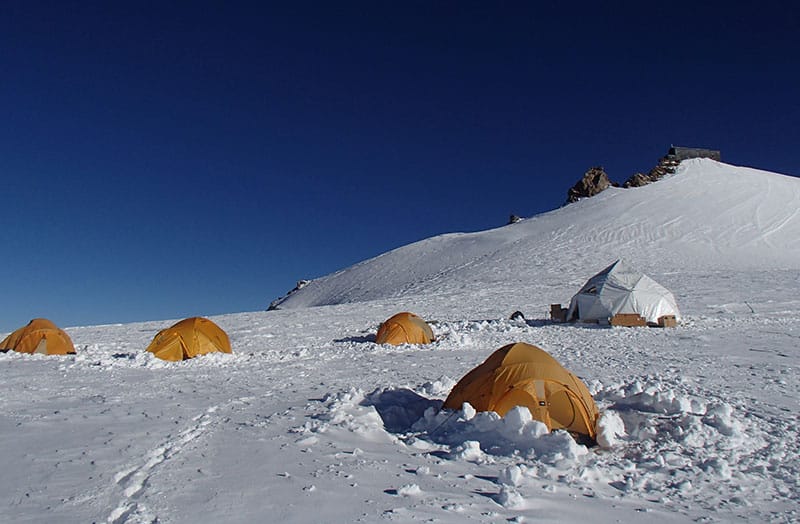 A new study analyzed pollen, spores, charcoal and other pollutants frozen in the Colle Gnifetti glacier on the Swiss and Italian border. The research found changes in the composition of these microfossils corresponded closely with known major events in climate, such as the Little Ice Age and well-established volcanic eruptions.

The work was published in Geophysical Research Letters, which publishes high-impact, short-format reports with immediate implications spanning all Earth and space sciences.

The industrialization of European society also appeared clearly in the microfossil record and, in some cases, showed up sooner than expected. Pollen from the introduction of non-native crops was found to go back at least 100 years ago and pollution from the burning of fossil fuels shows up in the 18th century, about 100 years earlier than expected.

Existing historical sources such as church records or diaries record conditions during major events like droughts or famines. However, studying data from the glaciers contributes to the understanding of climate and land use surrounding such events, providing non-stop context for them with evidence from a large land area. Precisely identifying the timing of these events can help scientists better understand current climate change.

“The historical sources that were available before, I don’t think [the sources] got the full picture of the environmental context,” said Sandra Brugger, a paleoecologist at the Desert Research Institute in Nevada and lead researcher on the study. “But also, with the ice core, we couldn’t get the full picture until we started collaborating with historians on this. It needs those two sides of the coin.”

The new study analyzed microfossils frozen in two 82- and 75-meter-long ice cores pulled from the Colle Gnifetti glacier, which are the first two ice cores from the continent of Europe studied for microfossils. Similar studies have sampled ice cores in South America, Central Asia and Greenland, but those regions lack the breadth of written historical records that can be directly correlated with the continuous microfossil data in ice cores.

Over the centuries, wind, rain and snow carried microfossils from European lowlands, the United Kingdom and North Africa to the exposed glacier. Ice in this glacier site dates back tens of thousands of years, and the altitude of Colle Gnifetti — 4,450 meters above sea level — means the ice was likely never subjected to melting, which would mix the layers of samples and create uncertainty in the chronology of the record.

“They can actually pinpoint and identify the relationships between what’s happening on the continent with climatic records inherent in the ice,” said John Birks, a paleoecologist at the University of Bergen who was not associated with the study. “They can develop, in a stronger way, this link between human civilization and change and climate, particularly in the last thousand years or so where conventional pollen analysis is rather weak.”

Evidence of pollution due to fossil fuel combustion also appeared earlier in the chronological record than expected. The researchers found evidence of the early burning of coal in the United Kingdom around 1780, much earlier than the expected onset of industrialization around 1850, which could have implications for global climate change modeling.

The records also showed evidence of pollen from non-native European plants from 100 years ago, showing a long legacy of the existing ecological problems created by invasive species transported across continents through trade.

AGU (www.agu.org) supports 130,000 enthusiasts to experts worldwide in Earth and space sciences. Through broad and inclusive partnerships, we advance discovery and solution science that accelerate knowledge and create solutions that are ethical, unbiased and respectful of communities and their values. Our programs include serving as a scholarly publisher, convening virtual and in-person events and providing career support. We live our values in everything we do, such as our net zero energy renovated building in Washington, D.C. and our Ethics and Equity Center, which fosters a diverse and inclusive geoscience community to ensure responsible conduct.