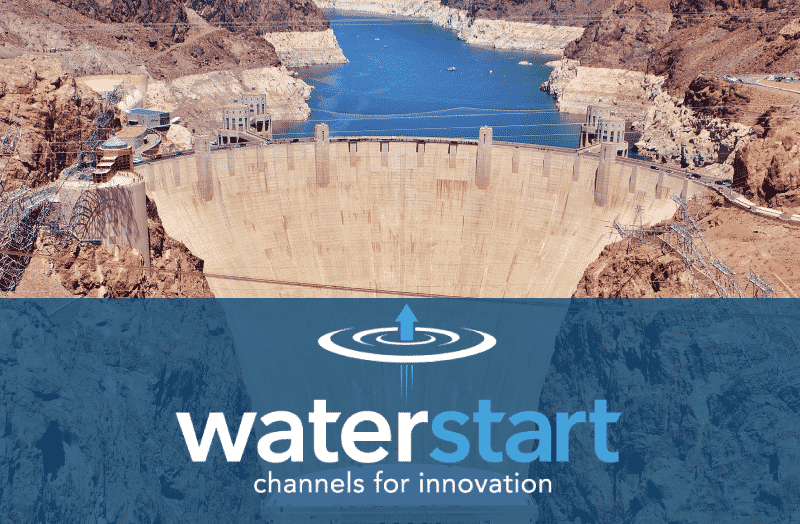 This story was reposted with permission from the Nevada Governor’s Office of Economic Development.

CARSON CITY, Nev. – After investments totaling $4.3 million through the Knowledge Fund administered by the Nevada Governor’s Office of Economic Development (GOED), the WaterStart program is spinning out of the Desert Research Institute (DRI) into a successful company that has already addressed $30 million in water technology challenges based in Nevada.

“The WaterStart spin out of DRI represents yet another success story of the Knowledge Fund,” said Michael Brown, GOED executive director. “GOED is looking forward to continuing to work with WaterStart providing technology solutions for Nevada’s water resource-based challenges as well as growing the water-tech sector in our state thereby creating high paying employment opportunities for Nevadans.”

With a growing membership, proven model, and diversified funding, WaterStart is ready to write its next chapter and operate as an independent entity. WaterStart was founded as a non-profit in 2013 in response to the impacts of the Great Recession and 20 years of continuous drought in Nevada. The public-private partnership was housed within DRI and funded by GOED. Dedicated to deploying new water technologies and making Nevada a hub for water innovation, WaterStart membership and sponsors are made up of the State’s largest water agencies, consumers and philanthropies including; the Southern Nevada Water Authority, Truckee Meadows Water Authority, MGM Resorts and NV Gold, the Wells Fargo Foundation and OneDrop. 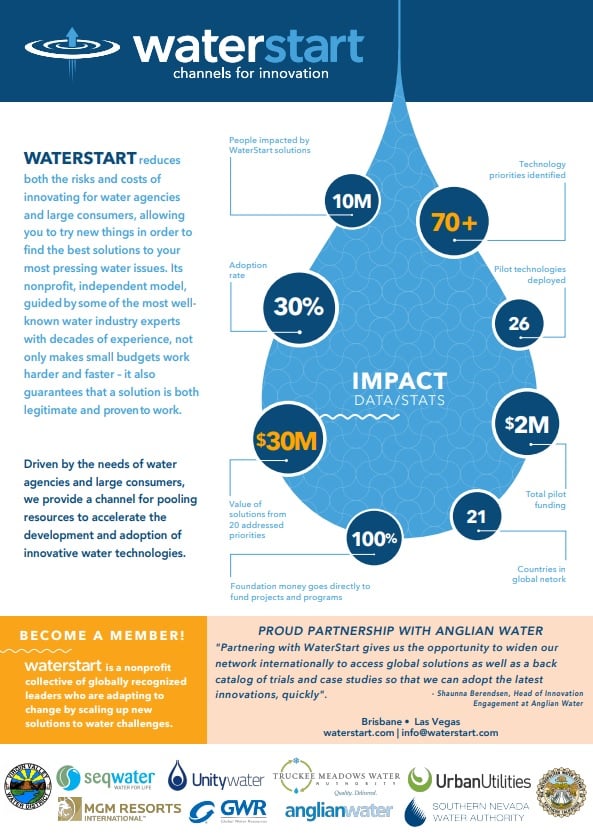 “The WaterStart model has enabled DRI to build on our global leadership in water research to better understand the needs of the water industry and develop relationships with the private sector,” said Kumud Acharya, Interim President of DRI.

Funding to create WaterStart as well as continuous financial support since 2013 has come from the Knowledge Fund, which was established to foster the development of intellectual property and commercialization of new technologies at Nevada’s three research institutions in an effort to diversify and strengthen the state’s economy. Part of the Knowledge Fund’s mandate is to build research capacity for the development of technologies that can be commercialized as well as setting up centers to engage in research and development collaborations with the private sector.

“The recent growth of our membership into Australia, the United Kingdom and now California speaks volumes about how far we’ve come and the impact we can make,” said Nathan Allen, WaterStart’s executive director. “We’re grateful for the support we’ve received from the Knowledge Fund and DRI. Our Nevada community has given us a solid foundation to scale-up and pursue our vision of deploying technologies that benefit 100 million people.”

WaterStart and its members will continue to address and solve challenges at the nexus of the economy and water. Based in Nevada, WaterStart will expand its positive impact in the State as it drives job creation, conservation, and water security by bringing in cutting edge, innovative companies to solve water issues in the driest state in the Union.

“This is an exciting time for WaterStart and its members,” said Dave Johnson, Chairman of the Board for WaterStart. “After years of hard work, the organization is ready to step out on its own. This change will allow WaterStart to broaden its impact as it works with members and partners around the world to solve our most pressing water technology needs.”

About the Governor’s Office of Economic Development

WaterStart is a non-profit collective of globally recognized leaders who are adapting to change by scaling up new solutions to water challenges. Driven by the needs of water agencies and large consumers, we provide a channel for pooling resources to accelerate the development and adoption of innovative water technologies. Established in 2013 in Las Vegas, Nevada, WaterStart’s globally recognized members, sponsors, and portfolio companies come from across the United States, expanding into Queensland, Australia in 2018 and into the United Kingdom in 2020. For more information, visit www.waterstart.com.