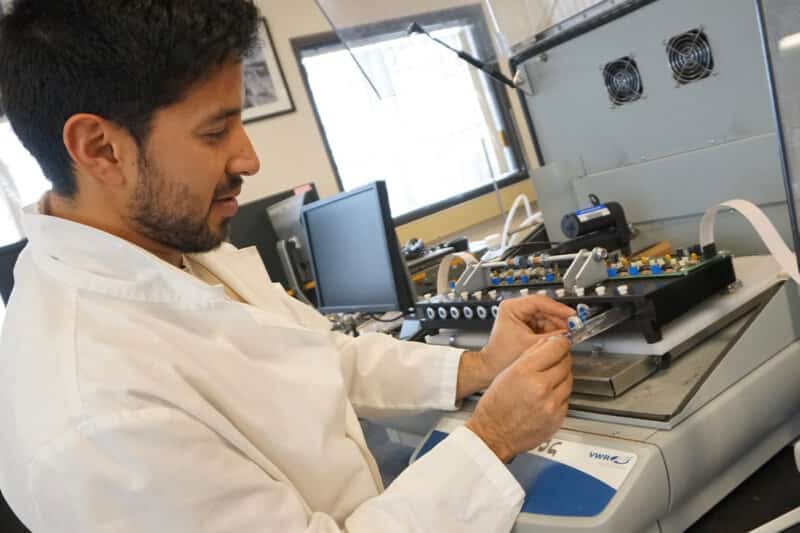 Reno, Nev. (Feb. 19, 2019): Microbes play a key role in Earth’s nitrogen cycle, helping to transform nitrogen gas from the atmosphere back and forth into organic forms of nitrogen that can be used by plants and animals.

New research from the Desert Research Institute in Reno, Nev. provides new insight into how this process happens, through the examination of a unique species of microbe called Intrasporangium calvum that was found in a contaminated groundwater well at Oak Ridge National Laboratory Field Research Station in Tennessee.

The study, which published in Frontiers in Microbiology in January, examined the response of I. calvum to different concentrations of environmental resources and how those differences impacted the microbe’s nitrogen cycling ability. The study team also investigated the evolution of this microbe, the biochemistry behind the reactions, and how each of those factors interact with the environment.

Although most microbes perform just one step in the nitrogen cycle – converting nitrogen gas (N2) from the atmosphere to ammonia (NH3) in the soil, for example – the research team discovered that I. calvum could perform two types of reactions: respiratory ammonification and denitrification. Respiratory ammonification retains nitrogen in an ecosystem as ammonium in the soil or water, while denitrification sends nitrogen on a path back to the atmosphere as a gas.

“The microbe that we studied is unique because it can essentially ‘breathe’ in nitrogen and then send the nitrogen along one of two pathways, ‘exhaling’ either ammonium or nitrous oxide,” said David Vuono, Ph.D., postdoctoral researcher fellow with DRI’s Division of Earth and Ecosystem Sciences and Applied Innovation Center, and lead author of the new study. “This is kind of like humans breathing in oxygen and then having the ability to exhale either carbon dioxide or methane.” 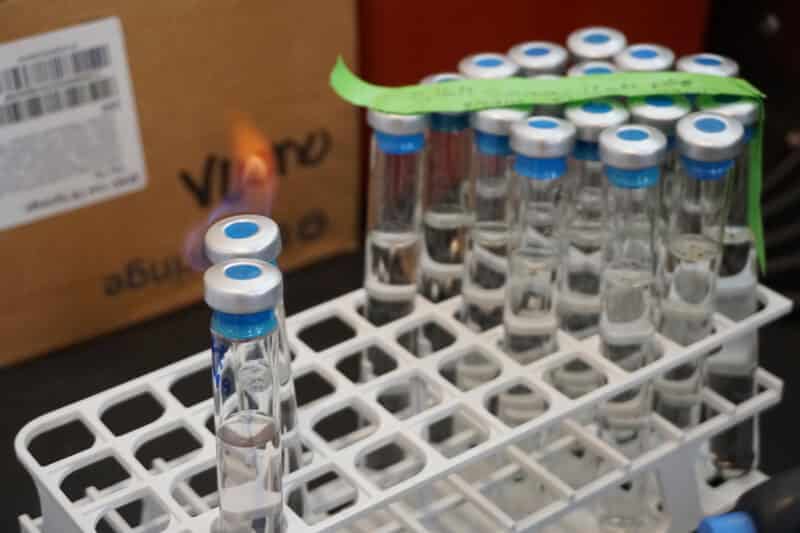 Sample bottles of I. calvum are sterilized via flame in the Genomics Laboratory at DRi. February 2019. Credit: DRI.

With the ability to perform more than one type of reaction – either sending nitrogen back to the atmosphere or retaining it in the soil or water – Vuono and his team wondered what would trigger the microbe to select one pathway versus the other. Previous studies had concluded that the ratio of carbon (C) to nitrate (NO3–) in the surrounding environment was the determining factor, but Vuono wondered if the story wasn’t actually more complex.

In this study, Vuono and his team looked beyond the C:NO3–ratio to investigate the importance of the overall concentration of each nutrient. They tested the response of I. calvumunder conditions of both high and low resource availability, while keeping the ratio of C:NO3–at a constant level.

“As we learned, the concentration of nutrients available to these microbes is what determines where the nitrogen ends up, whether it takes a pathway back towards the atmosphere or returns to ammonium,” Vuono explained. “That is a really important distinction, because depending on the environment that you’re in, you may want to remove nitrogen or you may want to retain it.”

In a waterway, for example, high levels of nitrogen can cause algae blooms and dead zones; by creating conditions that favor denitrification, it is possible that microbes could be triggered to send nitrogen back to the atmosphere. In an agricultural field, on the other hand, nitrogen deficiencies in the soil can lead to poor plant growth; by creating conditions that would promote respiratory ammonification, microbes could be prompted to retain nitrogen in the soils, eliminating or lessening the need for chemical fertilizers. 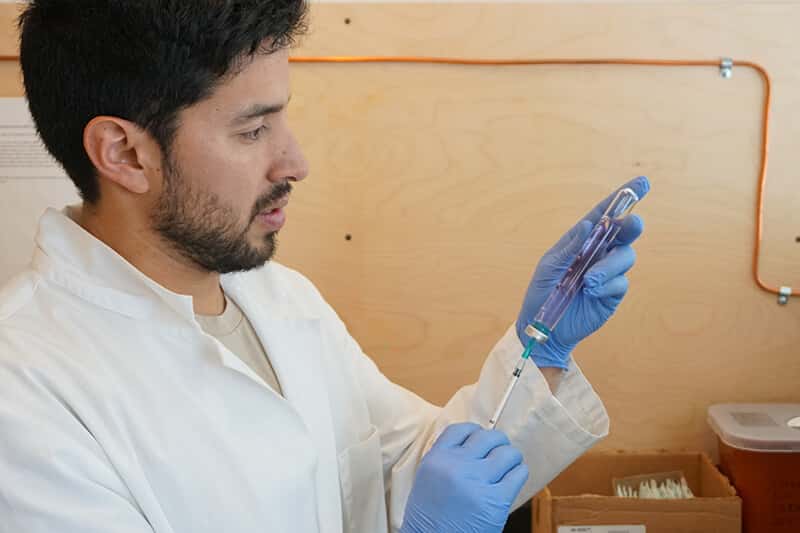 David Vuono, Ph.D., prepares a sample of I. calvum for analysis in the Laboratory of Molecular Responses at DRI. February 2019. Credit: DRI.

This study was funded by the Nevada Governor’s Office of Economic Development (GOED), the Desert Research Institute postdoctoral research fellowship program, Ecosystems and Networks Integrated with Genes and Molecular Assemblies (ENIGMA), and Oak Ridge National Laboratory (US Department of Energy, Office of Science, Office of Biological and Environmental Research).

The full study, titled Resource Concentration Modulates the Fate of Dissimilated Nitrogen in a Dual-Pathway Actinobacterium, is available online from Frontiers in Microbiology (22 January 2019): https://doi.org/10.3389/fmicb.2019.00003