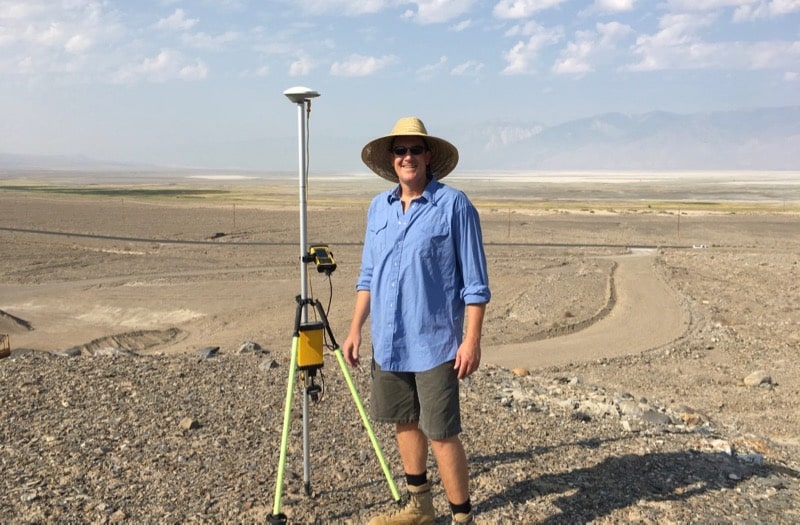 Steve Bacon, M.S., P.G., C.E.G. is an associate research scientist of geomorphology with the Division of Earth and Ecosystem Sciences at the Desert Research Institute in Reno and a Ph.D. candidate at the University of Nevada, Reno. Steve specializes in geology, paleoclimate, and landscape evolution, and has been a member of the DRI community since 2005. He is a licensed geologist and certified engineering geologist in California. He is also originally from southern California, and holds a bachelor’s degree in geology and a master’s degree in environmental systems – geology from Humboldt State University. In his free time, Steve enjoys skiing and camping with his family.

Bacon: I work in engineering geology, geomorphology, and geologic hazards, which are fields focused on understanding  why landforms and landscapes look the way that they do and how they can potentially pose a hazard. I’m currently finishing up my pursuit for a Ph.D. in hydrology, focusing on paleoclimate modeling of Owens Lake in central California. Outside of my Ph.D. research, I work on U.S. Navy projects at China Lake through DRI’s Naval Earth Science Engineering Program (NESEP) , doing engineering geology and geomorphology. I also commonly work on Department of Energy (DOE) projects to assess the hazards related to surface erosion for DOE facilities in the western US, as well as on a National Institute of Health (NIH) project characterizing the spatial distribution of naturally occurring mineral fibers across northern Nevada. 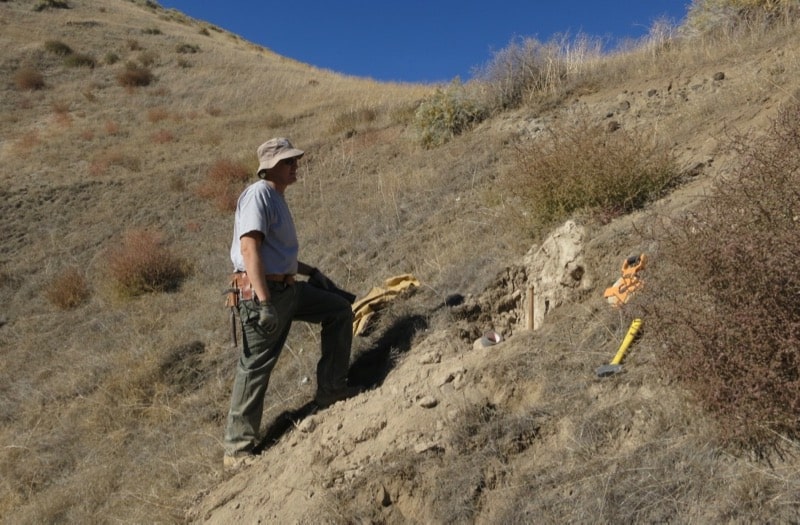 DRI: Can you tell us about your research at Owens Lake?

Bacon: Yes, I’ve been working to identify past precipitation changes in the Owens River watershed, in the southern Sierra Nevada mountains – so looking at how wet and how dry the environment in that area has been over many thousands of years. I’ve developed a lake-level record of Owens Lake going back 50,000 years. To do that, I’ve been dating shoreline deposits using radiocarbon and luminescence age dating techniques, and integrating lake sediment core records to produce a continuous lake-level record.

All of the precipitation and snowmelt from the watershed ultimately goes to the lake, so when the lake fills up, that’s a function of how much precipitation has occurred. So, using the continuous lake-level record, I’m doing watershed and lake hydrologic modeling to learn about changes in prehistoric precipitation levels that occurred over the last 12,000 years.

DRI: How will this information be used?

This information can also help us to understand the future, to better understand climate change. To understand what potentially can happen in the future, we rely on the past; that’s one main reason why you study the past. 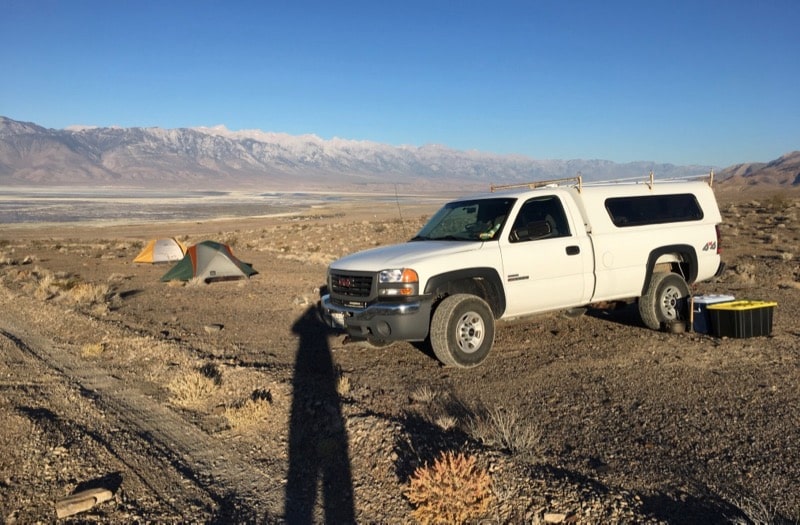 View from Steve Bacon’s field camp during a research expedition in the southern Owens Valley. Owens Lake and the Sierra Nevada mountains are in the distance.

DRI: How did you become interested in this particular research question?

Bacon: I love the east side of the Sierra Nevada. I always have, ever since I was a kid and we’d drive up to Mammoth or go camping out in Death Valley and Panamint Valley. I had an opportunity as a grad student to investigate the Owens Valley fault, which last ruptured in 1872 and produced the third largest earthquake in California. We trenched that fault to characterize the earthquake history, but to understand the earthquake history, we had to characterize the lake-level history, because the fault broke up the shoreline deposits left by the lake. So that’s when I started putting together the lake-level history of Owens Lake, as part of my master’s thesis at Humboldt State University. I’ve been working on this problem for 21 years.

Bacon: It’s like a scavenger hunt. You’re looking around for clues to solve a puzzle. It’s a big geologic puzzle. We go four-wheel-drive around in the desert, or hike with a shovel, digging, cleaning off geologic exposures on different landforms, such as riverbanks and alluvial fans, just finding clues. Geologic clues. It’s fun. I like it. That’s why I do it, I guess. 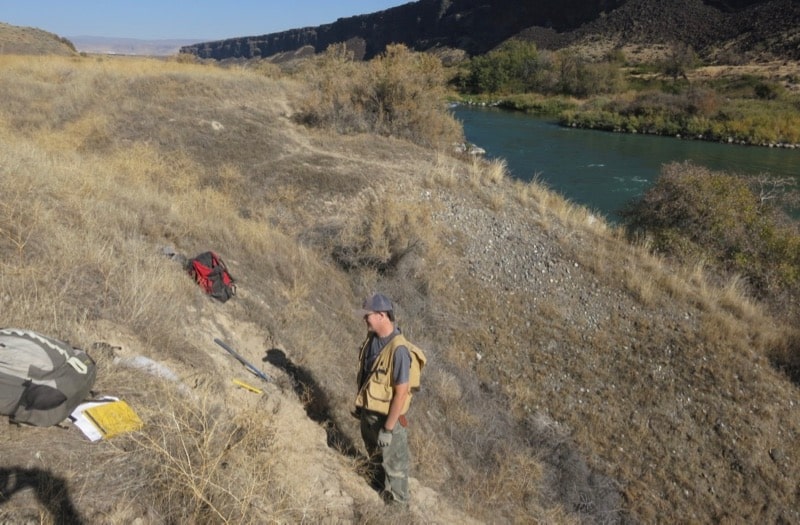 For more information on Steve Bacon and his work, please visit his directory page.