Engineered Processes for the Separation and Degradation of Microplastics in Freshwater 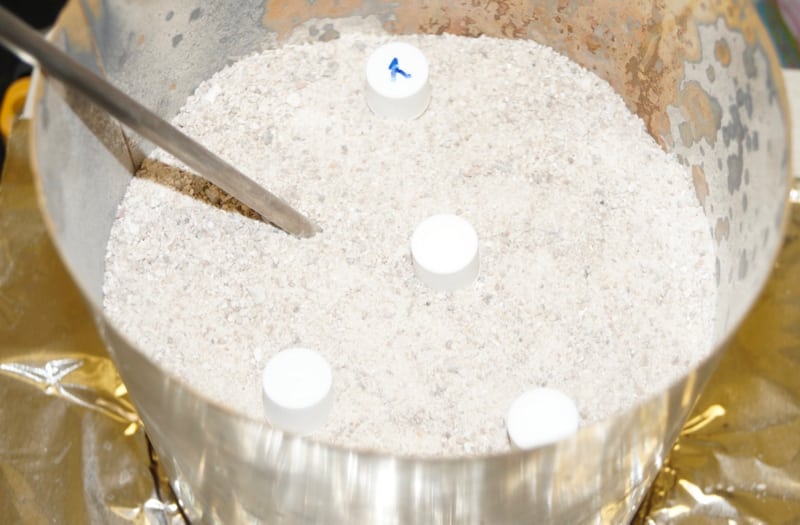 Microplastics, plastic fragments that are smaller than 5 mm in any dimension, have been found in ecosystems worldwide. These emerging contaminants are even in environments that are supposed to be free from human contact, such as Antarctica and the deep ocean floor, and their toxic properties make them a significant environmental hazard.

“After the first acknowledgement of microplastics in the early 2000s, their presence in the environment has raised ever-increasing concerns because of their effects on organisms and ecosystems, and because approximately 1.5 million tons of microplastics are estimated to be released into aquatic environments every year,” explains Dr. Erick Bandala, the principal investigator of this project, which also includes Dr. Menake Piyasena from New Mexico Tech, graduate research assistants Adam Clurman and Ahdee Zeidman, and summer intern Yajahira Dircio. “Unfortunately, very little is known about the capability of engineered separation and/or degradation technologies to remove this highly ubiquitous contaminant.”

Commercial products that are manufactured to contain microplastics—such as personal care and pharmaceutical products, industrial abrasives, drilling fluids, and 3D printing products—are the primary sources of microplastics. However, the degradation of plastic debris can also generate microplastics. 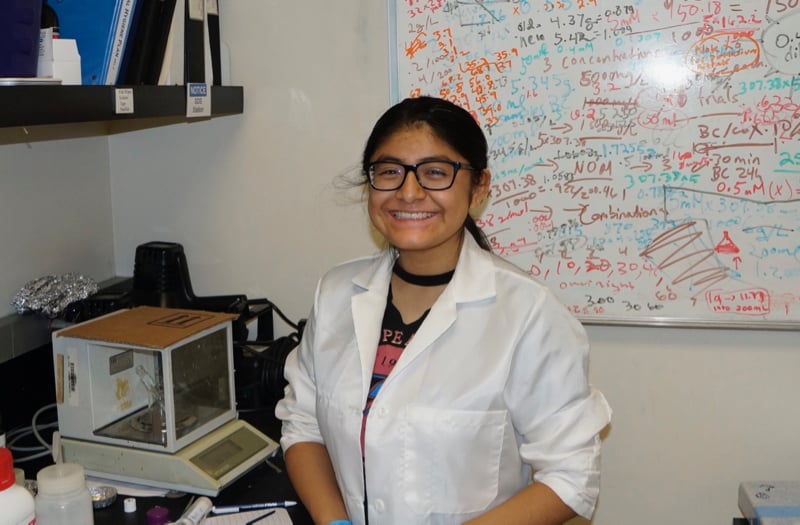 Yajahira Dircio, a student at Rancho High School and summer intern on the project, is
preparing hydrochar from MPs using a sand band. Credit: Erick Bandala/DRI

In recent years, the effects microplastics have been found to have on aquatic species and their unknown effects on human health have increased concerns about their presence in water sources.

“Because conventional water treatment processes are unable to effectively eliminate microplastics in water, developing new technologies that can separate them from effluents and prevent their release into the environment is a high priority to protect water quality and water security,” Bandala says.

For this project, the researchers will use acoustic focusing and electrocoagulation to separate microplastics in freshwater effluents and determine the removal process mechanisms.

“Acoustic standing waves are a fast, noncontact, gentle particlemanipulation technique for microfluidic conditions that have emerged as a promising new technology for the purification, separation, and concentration of beads and biological cell samples,” Bandala explains.

The researchers will also assess the efficacy of using electrocoagulation to remove MPs from wastewater.

“Electrocoagulation has several significant advantages to conventional chemical coagulation, such as it increases treatment efficiency, generates less sludge, requires less space, and prevents chemical storage,” Bandala adds. “It has been proven to be highly efficient in removing contaminants. Our research group has used it for water defluoridation and to pretreat effluents that were heavily contaminated with petrochemicals.”

Because microplastics in freshwater are increasingly detected, it is even more important to find effective water treatment process that remove them.

“Although ultrafiltration, or microfiltration, have microplastic removal efficiencies as high as 99.4 percent, they also have high operational and maintenance costs and require skilled operators,” Bandala explains. “Finding efficient, costeffective methods to separate microplastics from freshwater effluents is critical to preventing population exposure.” 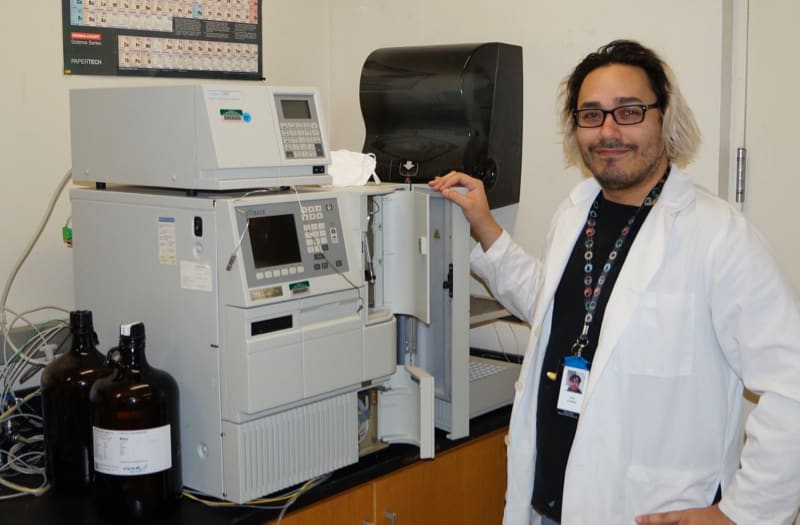 Adam Clurman, an undergraduate student at Nevada State College, is conducting the
electrocoagulation experiments for the project. Credit: Erick Bandala

Another challenge that microplastics in freshwater present is how to dispose of them once they are removed from water. For this project, the researchers will use advanced oxidation processes (AOPs) as complementary processes to degrade the plastic waste after it has been separated from the wastewater. Advanced oxidation processes are an eco-friendly way to degrade organic compounds. In previous projects, the research group has tested the capability of these processes to degrade a wide variety of dissolved organic contaminants in water.

“Advanced oxidation processes have been used to degrade organics and have shown high cost-efficiency and short detention time compared with conventional water treatment processes,” Bandala explains. “Using AOPs to degrade microplastics will not only be an interesting challenge because of the complexity of their polymeric chains, but also because these contaminants are suspended in water and treating contaminants in a different phase in water using AOPs has not yet been reported.”

Maintaining the quality of water sources is an increasing issue, particularly in arid and semiarid regions with rapidly growing populations, such as Nevada.

“Desert Research Institute has reported the presence of MPs in places such as the Sierra Nevada and Lake Tahoe, which are the origin of several drinking water supply systems in Nevada,” Bandala explains. “We live in a region with a moderate-high water stress and as Nevadans, we need to protect our water sources from contamination to ensure the sustainable development of our communities.”