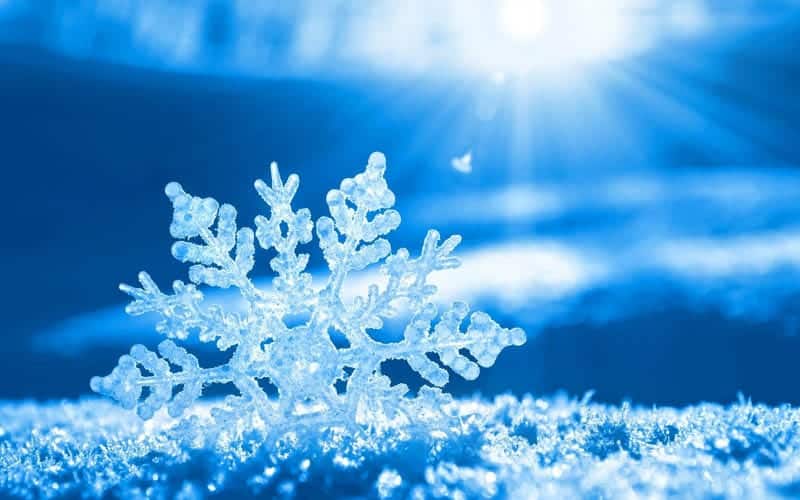 Reno, NV (Wednesday, March 14, 2018): No two snow crystals are alike, an old saying goes – and this winter, students, and adults from across the Reno-Tahoe region are helping researchers from the Desert Research Institute (DRI) discover exactly what the unique shape of each freshly-fallen snowflake means for Nevada’s changing climate.

As part of a new citizen science project called “Stories in the Snow” (storiesinthesnow.org), DRI researchers are enlisting help from a quickly-growing network of students and volunteers in the Reno-Tahoe region to collect photographs of snow crystals each time it snows.

To date, the project has collected more than 400 photographs and data points from around the region, including more than 40 images from a recent storm that hit Reno-Tahoe in early March. In April, the research team will begin analysis of the data that has been collected this winter.

“To participate, all you need is a smartphone, a magnifying lens, and a flake of freshly fallen snow,” said Meghan Collins, education lead for the Stories in the Snow program and Assistant Research Scientist of Environmental Science at DRI. “We have partnered with 15 classes from schools in the local area and several educational non-profits. We are really excited to get students and community members involved in studying our snow and learning about climate science in our region.”

Project participants use a smartphone and data collection kit (available through the Stories in the Snow crowdfunding site) to capture up-close photographs of snowflakes, then submit the photos along with weather data on time, temperature and location to a DRI research team through the Citizen Science Lake Tahoe mobile app. The app, which was developed in partnership with the U.C. Davis Tahoe Environmental Research Center (TERC), is available for iPhone and Andriod operating systems. Following the Tom’s Shoes philanthropic model, each snowflake picture kit purchased through the project’s crowdfunding site provides a one-to-one matching donation of Stories in the Snow kits and training for local students.

By combining the photographs with common weather information on the time and location from which each snow crystal image was captured, DRI atmospheric research teams are learning about the temperature and water content of winter storm clouds. They are using the pictures and the weather data to better understand how snow storms in our region form and how warmer winters are impacting cloud physics and snow levels.

“We want to unravel what goes on in the clouds as a storm moves over the Sierra Crest and through our region,” said Frank McDonough, research lead for the Stories in the Snow project and associate research professor of atmospheric science at DRI. “The ice crystals tell us a lot about what happened during each snowflake’s journey – from how it first formed in the cloud all the way to how early it might melt and where it could land.”

From star-shaped “dendrites” too pointy “needles” and hexagonal “plates,” the shape and condition of each flake tells a unique story, McDonough explained. And if a flake appears covered in tiny, frozen droplets called “rime”, that is especially interesting to the research team – with possible implications for the aviation industry including research into airplane wing icing.

“If you see a snowflake with rime, you know that cloud had sub-freezing liquid water drops in it,” McDonough said. “Under those conditions, if an airplane flies through, the water droplets freeze on the airplane just like they freeze on the ice crystals. In extreme cases, the airplane can’t fly. Our main goal is to just understand clouds that exist below freezing, and what goes on in them when the water is present or absent.”

DRI initially piloted the Stories in the Snow program in several area schools during the winter of 2016-17 and launched a successful crowdfunding campaign to continue the project in October 2017. Now halfway through the 2017-18 season, Stories in the Snow is working in cooperation with teachers at ten local schools and three educational non-profits from the Reno-Tahoe region to enlist participation from students. They have also distributed more than 75 kits to other interested members of the public.

Data collected by the Stories in the Snow program is being used to support numerous projects, including improvements to climate and weather prediction models, validation of radar and satellite precipitation data, and data and insight for highway snow removal crews, avalanche forecasters, and water use planning groups. The research team also plans to make the data available to the public, so that any student or science-minded citizen can conduct their own investigations.

“If an amateur scientist wants to do a study on snowflakes, to see if they look different in March than in January, for example, we are excited to have them do that,” McDonough said. “We want the community to have access to the data. That’s the whole point with citizen science – giving people the opportunity to use these crystal images for their own projects, or just their own enjoyment.”