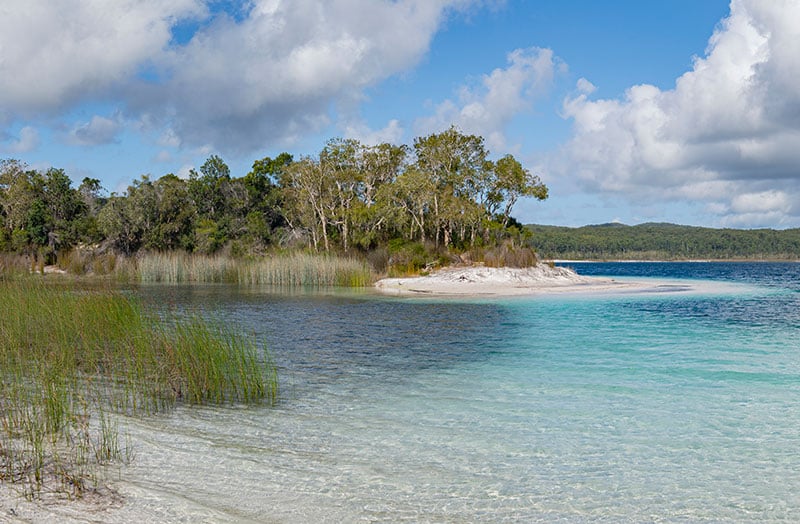 New research shows that the growth of K’gari, the world’s largest sand island, was crucial for creating the clear waters that allowed the Great Barrier Reef to flourish.

Australia’s famed Great Barrier Reef is known for being the world’s largest coral reef – overflowing with marine life, it is the only living thing visible from space. Scientists have long sought to understand the conditions that led to the reef’s formation, as conditions seemed suitable long before the reef’s birth. Now, a new study claims the answer might be K’gari, the world’s largest sand island (also known as Frasier Island).

Nick Patton, Ph.D., a postdoctoral researcher now at DRI, teamed up with an international group of researchers from Sweden, New Zealand, Australia, and the United States for the study published Nov. 14 in Nature GeoScience. Their research showed that the sand island formed between 700,000 and 800,000 years ago, and that the reef was only able to establish once the island protected it from the northern flow of sand that naturally occurs in this area.

“The Great Barrier Reef is the world’s largest coral reef ecosystem, yet what I find so interesting is that we still do not really know what caused its initial inception,” says Daniel Ellerton, Ph.D., of Stockholm University and the study’s lead author. “Previous research has highlighted that several mechanisms are likely responsible and here we demonstrate an additional factor that should be considered.”

K’gari juts out like a finger from Australia’s eastern coast below the far southern reach of the Great Barrier Reef. The island itself is a UNESCO World Heritage area, covered with lush rainforest and freshwater dune lakes. It formed as wave action carried sediment north along the coast. As the sediment accumulated, the island formed a barrier that protected the coastal region to the north. Without the island, the coral reef would be covered in this drifting sand.

The timing of the island’s formation is due to a major shift in the Earth’s climate called the Mid-Pleistocene Transition, which saw glacial cycles extend from about 40,000 years to around 100,000. The longer cycle allowed for ice caps to grow larger, decreasing sea levels across the planet.

“Our work highlights how changes in sea-level variability approximately 700,000 years ago directly caused a dramatic reorganization of the coast and the formation of the Great Barrier Reef, as we know it today,” says Patton.

There is evidence that the Great Barrier Reef is around 650,000 years old, supporting the theory that K’gari directed sand away from Australia’s northeastern coast, providing the clear waters needed for coral growth.

To determine the age of K’gari, the researchers used a method called optically stimulated luminescence dating. This method provides an age estimate for the last time that sediments, like quartz sand, were exposed to light.

The research team engaged with the traditional inhabitants of K’gari and the adjacent Cooloola Sand Mass (the Butchulla and Kabi’ Kabi’ peoples, respectively) through an Australian Research Council Discovery Grant to understand the formation and evolution of these systems.

Studies that look back in time don’t only help us understand how ecosystems formed – they can also provide a glimpse into the possible future, the researchers say.

“Sea-level change is something we often hear about in the news, but I did not realize the sheer power of the ocean until working on this project,” Patton says. “As we observe in this study, rising and falling sea-levels have the ability to both create and destroy entire coastlines and ecosystems.”

“This research highlights the complex evolution of coastal environments over long timescales,” Ellerton says. “Coastlines globally are at risk from rising sea-levels under predicted global warming which poses a serious threat. If we are going to manage coasts and coral reefs under climate change scenarios, we need to understand how these complex responses occur.” 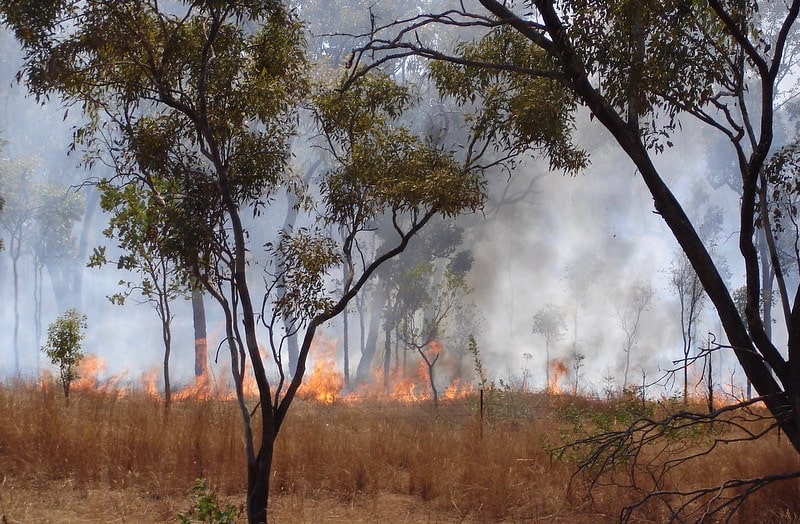 Victoria, Australia is already one of the most bushfire-prone areas in the world, and the number of high-risk days may triple by the end of the century, according to a new study in the International Journal of Wildland Fire. The study team included Tim Brown, Ph.D., research professor of climatology and director of the Western Regional Climate Center at the Desert Research Institute (DRI) in Reno, as well as scientists from Australia and other parts of the US. Brown contributed to the success of the project by collecting information on user needs, overseeing the creation of the historical dataset used in the analysis, and co-developing the methodology used to statistically downscale climate models. He also contributed to results analysis and co-authored the paper.

The full news release from CFA is below.

The number of high-risk bushfire days could triple in some parts of Victoria by the end of the century, according to new climate research by CFA and international research bodies.

The research, published this month in the International Journal of Wildland Fire, found that under different emissions scenarios both mean and extreme fire danger are expected to increase in Victoria.

Statewide, research modeling indicates a 10 to 20 percent increase in extreme Forest Fire Danger Index, with the greatest change projected in the northwest region.

However, the greatest relative change in the number of ‘Very High’ days per year will be in central and eastern parts of the state where there is a projected doubling and tripling, respectively in the number of ‘Very High’ days.  Report co-author, CFA Manager Research and Development Dr. Sarah Harris, said scenarios used in the research show increased temperature, caused by human-induced climate change, to be the main driver of heightened fire danger.

“Changes in temperature, humidity, and rainfall during spring and early summer mean the fire season will continue to start earlier and run longer. As a flow-on effect, springtime opportunities for prescribed burning could reduce,” she said.

CFA Chief Officer Jason Heffernan said he was proud of CFA’s robust research program, which he said brought further understanding of the impacts of climate change in the context of firefighting.

“As firefighters, we see the effects of these longer and more severe fire seasons and it’s important that we turn our minds towards what firefighting looks like in the not-too-distant future,” he said.

“CFA is undertaking work to identify challenges brought on by climate change and increased fire risk, and ways to solve them through adaptation and mitigation.

“CFA also proudly works to reduce our own greenhouse emissions, through initiatives such as increasing our use of rooftop solar and the number of hybrid vehicles in the fleet.”

The research was funded through Safer Together, a Victorian approach to reducing the risks of bushfire through fire and land agencies such as CFA, Forest Fire Management Victoria and Parks Victoria working together with communities, combining in-depth local knowledge with the latest science and technology to reduce bushfire risk on both public and private land.

Forest Fire Management Victoria Chief Fire Officer Chris Hardman said partnerships with community and agencies such as CFA and FRV help ensure we are unified in emergency preparedness and response to keep the community and environment safe.

“We know that Victoria is one of the most bushfire-prone areas in the world. Climate change is increasing the risk bushfires pose to our communities, our critical infrastructure, and our environment,” he said.

“That’s why our strategic approach to managing bushfire risk is based on the best evidence available, such as this research.

“We have a 365-day approach to fuel management, more mechanical treatment, and increasing capacity to contain bushfires at first attack. We are also prioritizing empowering Traditional Owners to lead self-determined cultural fire practices on country.”