A few clarifications about our e-cigeratte study 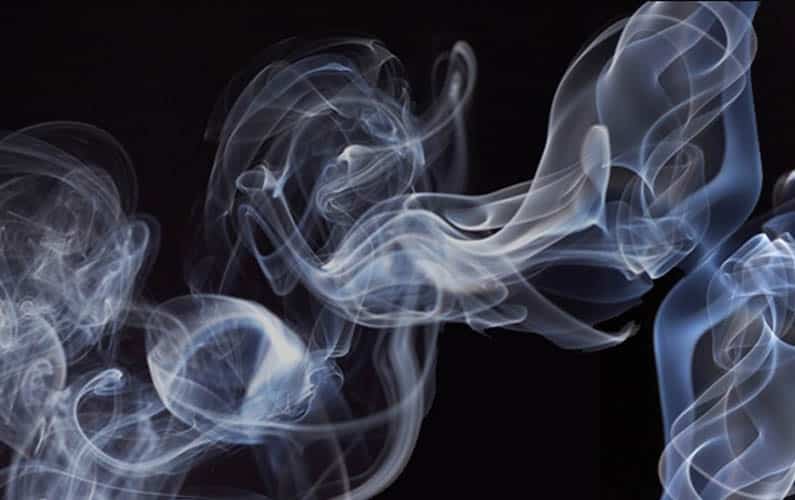 In the Organic Analytic Laboratory at DRI, our main specialty is sampling and detailed chemical analysis of organic air pollutants. Our team has more than 20 years of experience in this area.

E-cigarette research is new for us but involves similar sampling and analytical techniques. Having seen advertisements for e-cigarettes that claimed they are safe because liquids contain only FDA approved ingredients, we decided to apply our expertise to see what is in e-cigarette vapors. This resulted in the publication of the first set of results concerning the role of flavorings in aldehyde formation during vaping.

Following the publication of our paper, we received a lot of attention from media, the blogosphere, and individual vapers. This shows the importance of the problem and we are pleased to have made a contribution to the ongoing discussion of the pros and cons of vaping.

While the news coverage was generally accurate, we noticed some misunderstanding and misrepresentation of the study, especially in comment sections of media articles and on some blogs. For example, we were amazed to see some commenters suggesting that our study was sponsored by the tobacco industry. This is completely untrue. This was an internally funded study. None of us, nor the Desert Research Institute has any connection to the tobacco industry.

A recent blog post by Dr. Farsalinos was also brought to my attention. In his post, Dr. Farsalinos states that our “results contradict previous research on aldehyde emissions” and he makes other assertions that I would like to address here in more detail. By making this statement, Dr. Farsalinos revealed that (a) he is not up-to-date with the current literature, and (b) has not read our paper carefully, because we explicitly compare our results to other studies.

Our paper states (from the top of the right column of page four): “For example, maximal formaldehyde emissions observed in this study are approximately 2−7 times lower than the steady-state emissions measured by Sleiman et al.,9 who reported values ranging from 13000 to 48200 ng/mg. In terms of emissions per puff, our formaldehyde data [0.12−50 μg/puff (Table S3)] are comparable to values of 0.05−50 μg/puff reported by Gillman et al.6 and 30−100 μg/puff reported by Sleiman et al.9”

Yes, the highest observed concentrations in our study, which seem to have caused disbelief in some such as Dr. Farsalinos, are actually several times lower than those reported in another recent study (Sleiman et al.). In Sleiman et al., it is reported that the first few puffs significantly underestimate aldehyde emissions as the coil temperature needs time to come to steady state. Most if not all of the previous studies that reported low aldehyde concentrations did not include warm-up puffs. This is also discussed in our paper.

Our study also clearly states – “our results do not suggest that PG or VG produces no aldehydes, but that flavoring compounds are responsible for the main part of the emitted toxic aldehydes. Nondetects for unflavored liquids reported in this study are likely due to the small number of puffs that we have used in our measurements. By collecting more puffs per measurement, we could have quantified emissions for unflavored liquids. This quantification, however, is of minor consequence, as the flavored liquids produce significantly more aldehydes than unflavored ones do” (top of the left column on page 5).

We are not contesting the contribution of PG/VG to aldehyde formation. Our point is that flavorings cause significantly higher emissions.

The standard excuse (written about here – http://www.nejm.org/doi/full/10.1056/NEJMc1502242) of a “dry-puff” to explain aldehyde emissions cannot be applied to our study.

There is only one peer-reviewed paper that asserts that high aldehyde concentrations are due to dry puffs only and that these cause aversion in users. That paper was reviewed in just 11 days and methodological problems have been identified by other researchers – see a review by Shihadeh et al. here http://onlinelibrary.wiley.com/doi/10.1111/add.13066/full.

As was discussed above, the evidence is mounting that aldehyde levels in e-cigarette vapors could be dangerously high.

While we do agree with Dr. Farsalinos that the strength of science lies in reproducibility of experimental results and we wish anyone success in reproducing our study, we strongly believe that science requires impartiality and an open mind. Statements such as “I should note that it is impossible to convincingly identify something that went wrong in this study” are derogatory and assume that our study is wrong.

It should be also noted that aldehydes and their DNPH adducts are chemically unstable. Experience and utmost care are required to obtain accurate results.

While we are not interested in proving or disproving Dr. Farsalinos’ dry puff study, we have collected some preliminary data that contradicts conclusions of that study regarding high aldehyde levels causing an “unpleasant” sensation during vaping.

We are collecting data for secondary aldehyde exposure associated with vaping. To estimate secondary emissions, we collected exhaled breath from three research volunteers, who were asked to vape as they normally do in a real-life scenario. The results are shown in the unpublished graph below (DO NOT CITE).

The levels are comparable to what we have measured per puff. One volunteer produced higher concentrations because a different device was used. None of our volunteers complained about anything unpleasant during their vaping.

We continue working on characterizing other pollutants in e-cigarette vapors and have data collaborating the effect of flavoring additives we reported in the ES&T.

Stay tuned for more exciting results and important research findings from our team!