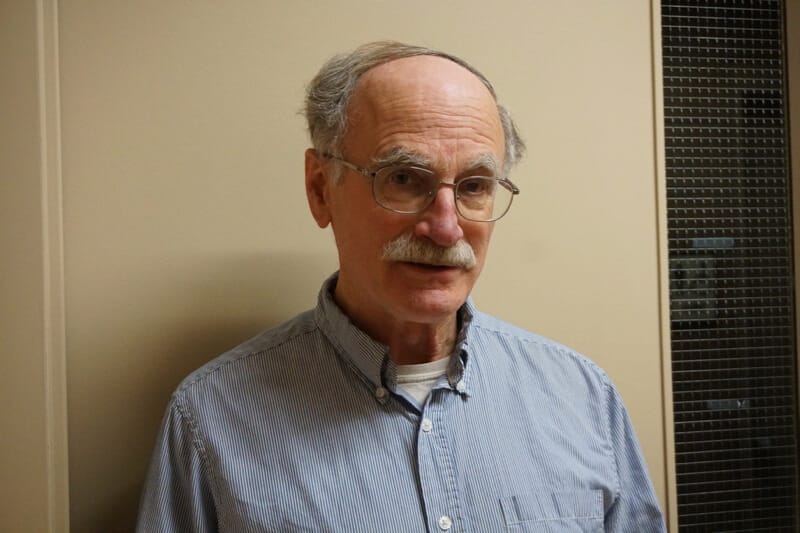 Jim Hudson, Ph.D., is a research professor of physics with the Division of Atmospheric Sciences at the Desert Research Institute in Reno. Jim specializes in cloud physics, and has worked throughout his career to gather and analyze field measurements of cloud condensation nuclei (CCN) from around the world. He is originally from Michigan, and holds bachelor’s degrees in physics and mathematics from Western Michigan University, a master’s degree in physics from University of Michigan, and a Ph.D. in atmospheric physics from the University of Nevada, Reno. Jim has been a member of the DRI community since 1970, when he started here as a graduate research assistant. In his free time, Jim can often be found at an ice rink; he is a passionate hockey player and carries his equipment wherever he goes.

DRI: You are DRI’s longest serving employee. What initially brought you here to DRI?

JH: Yes, I’ve been here the longest of anybody – almost 50 years. I came as a grad student in 1970. I had been studying physics at the University of Michigan, looking at aurora and air glow, which is an upper atmospheric phenomenon. But my interests drifted, and the job situation drifted. I had seen brochures from DRI and UNR about lower atmospheric work, mainly to do with clouds, which I thought was a little more interesting. So, I applied and came as a graduate student in 1970, and continued on as a grad student for six years and got my Ph.D. My professor left shortly after I got my Ph.D., but I was able to stay and continue the work that he was doing here. 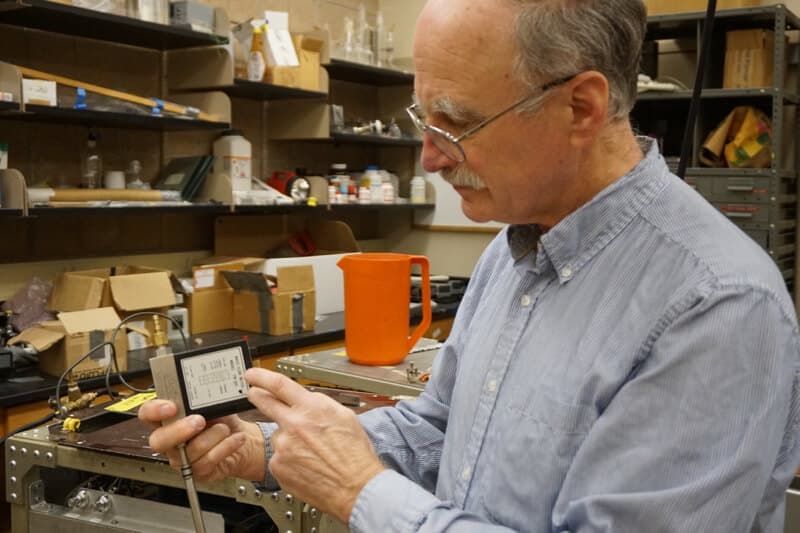 DRI: What is the focus of your research?

JH: I study cloud condensation nuclei (CCN), which are tiny particles in the atmosphere that cloud particles form on. In my work, I compare the measurements of the CCN with cloud droplet measurements and other characteristics of clouds. Over the years, I have worked with two or three different engineers to develop instruments that go on airplanes to measure the full spectrum of these cloud condensation nuclei. We make the CCN measurements while other instruments on the plane measure the cloud droplets. Then we compare them and write papers on our findings.

DRI: Why are cloud condensation nuclei important to measure and understand?

At the moment, we don’t know how many of these CCN particles are manmade compared to how many are natural. We know that there are natural sources, because certainly there have been clouds long before human beings started perturbing the atmosphere, but we don’t understand the natural sources very well. 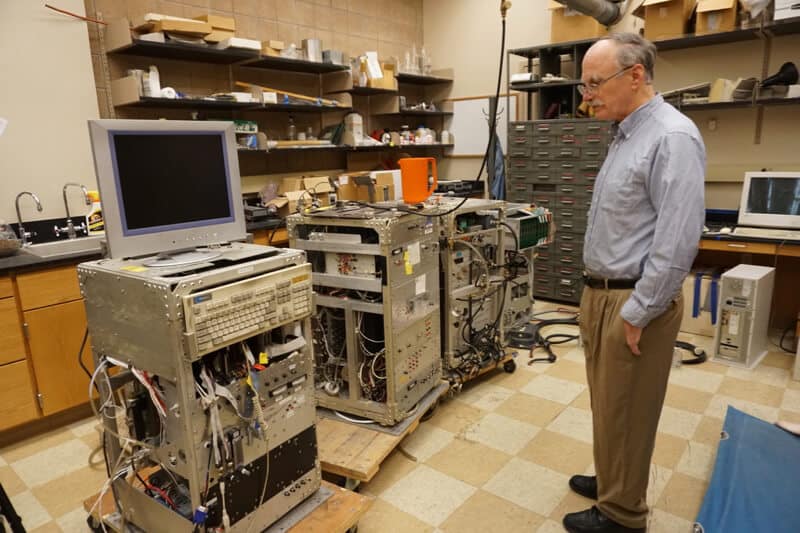 Jim Hudson stands near a CCN Spectrometer, an instrument designed by Jim and other DRI team members to measure cloud condensation nuclei from an aircraft. February 2019. Credit: DRI.

DRI: Can you tell us about a project that you’re working on right now?

JH: My latest work, starting six years ago, focuses on the size spectrum of these CCN particles. We have enough resolution in our instruments to detect bimodality in the CCN spectrum, meaning that we are often seeing two different size classes of CCN. And we only see that under clouds. Where you don’t have any clouds, you don’t have this bimodality, you just have one mode (size class). A similar type of bimodality has been observed previously by scientists that measure particle size distributions, but our instrument is the first one that has seen this in the cloud condensation nuclei.

I’ve found that this bimodal spectrum of CCN is having different effects on different types of clouds. When we find the bimodal spectrum under stratus clouds, it tends to make clouds with more droplets but less precipitation, because the droplets are smaller and can’t get big enough to fall out. In cumulus clouds, it seems to be exactly the opposite – when you have the bimodal spectrum, you get fewer droplets and more precipitation. But these observations are only from two field projects. I want now to go back and do additional analysis using data that we’ve collected in about 25 other projects to see if this is a general thing that happens or how often it happens.

DRI: What has been your most memorable day on the job?

JH: That’s hard to say. I’ve been involved with 30 or so field projects over about three decades, all over the world. During those projects, we’d go off for a month or sometimes two months, often on islands, so that we could fly out over the oceans. I’m not a pilot, I would never do that. But I’ve logged thousands of hours flying. The Azores were very interesting. And in the Indian Ocean, the little island of Malé — that was very interesting because you had very polluted air coming off of India, but a few times we flew south, below the equator, and the air down there was very clean. So there was a big contrast.

I used to really enjoy doing fieldwork, but my last field project was in 2011. I thought that I would not be that interested in sitting around analyzing data, but I found that this latest work on the bimodal spectrum is extremely interesting. Looking at the data, analyzing the data – I’ve never had anything more interesting in my entire career.

For more information about Jim and his research, please visit: https://www.dri.edu/directory/4911-jim-hudson