The Laboratory of Genomic Medicine is fully equipped for state of the art molecular biology, genomics, bioinformatics, and culture-based research and has capabilities to facilitate high-throughput work and recombinant DNA research. It also has full instrumentation, supporting equipment and computational resources. 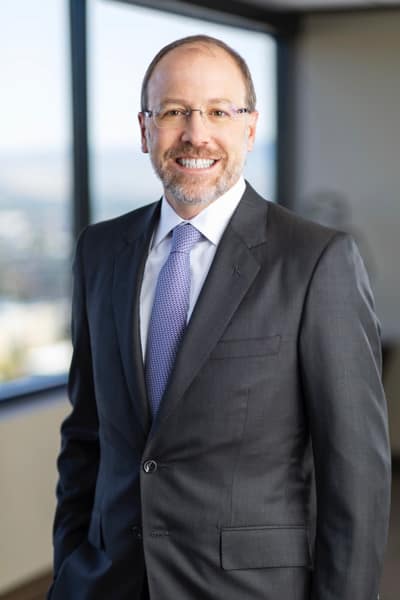 Joe conceived and is the Principal Investigator of Healthy Nevada Project – the largest community sponsored population health program in the U.S. He is responsible for developing new applied research initiatives at DRI and has helped expand DRIs expertise and presence in data analysis, statistics, bioinformatics, molecular biology, public health, business development and visualization through more than $7m in funding. He works closely with the Nevada Governor’s Office of Economic Development. cares deeply about improving health, wellness and social capital in Nevada. His academic research over more than 20 years spans biophysics, informatics and molecular biology. He received his B.A. in Philosophy and Biology at Bowdoin College, his Ph.D. from Rutgers University and was a Fulbright Scholar studying mathematical ecology. As the CSO of Renown Health, Joe helped launch the largest liver disease genetics study in the United States in partnership with the pharmaceutical company, Gilead Sciences.

Robert is an informatics expert who has collaborated on several environmental and health related research studies in his career. The main focus of these studies was discovering how environmental stress impacts an organism’s physiology and the identification of high value gene targets with human therapeutic potential. He also has completed several genome and phenome wide association studies using the Healthy Nevada cohort. Robert received his B.S. and M.S. in Biochemistry and Molecular Biology from the University of Nevada, Reno.

Iva supports the Healthy Nevada Project through literature research, protocol development and survey creation and roll out to the Healthy Nevada Project participant base. In addition, she has provided data analytics on survey results to key stakeholders. As part of providing actionable results to participants, Iva is responsible for the Incidental Findings Report and web available FAQ’s for the CDC Tier 1 diseases reported to “at risk” participants. Iva has degrees in cell biology, molecular biology and genetics.

Cost minimization is the name of the game. Have you ever wondered why genome architecture can be so drastically different between microorganisms, such as differences in genome size and codon usage (e.g., GC content)? Suprisingly, many of these characteristics can be explained by the theory of cost minimization: A theory that predicts how evolutionary adaptations to nutrient limitation get imprinted in the genomes of microorganisms and how these “hard-coded” genetic features get manifested as a diversity of ecophysiologies and niche differentiation.

Wouldn’t you say that you’re tired of reading papers that simply focus on the genetic potential of ecosystems based on the presence or absence of genes and gene pathways? Instead, how about thinking of contemporary systems in the context of their long term selective pressures that have resulted in evolutionary modifications to microorganisms over millions of years? We demonstrated the utility of this concept in our paper The significance of nitogen cost minimization in proteomes of marine microorganisms (ISME 2012, 6, 71-80), where we demonstrate that nitrogen limitation is a major selective pressure acting on the genomes of open-ocean microorgansims. We found that 1) amino acid sequences from the open-ocean are reduced in N, but increased in average mass compared with coastal-ocean microrganisms, 2) an increase in average mass of amino acids is a function of increased A+T codon usage, and 3) the compounding effect of higher A+T codon usage can lower the total cellular N budget by 2.7-10%…. So what does this mean? It means that over millions of years, nitrogen limitation leaves a significant mark on how open-ocean microbial communities function in the modern ocean and that nitrogen limitation is a stronger selective force than previously thought.

Much of our research builds on the ideas of this seminal work. See below for our current and past projects

Nitrogen limitation can affect the genome architecture of organisms over geologic time, but what are the contemporary adaptations to these long-term selective pressures? This work investigates the effects of nitrogen limitation on the primary transcriptome of Prochlorococcus  MED4 (in collaboration with The Chisholm Lab, MIT)

The fate of oxidized forms of nitrogen (i.e., NO3– and NO2–) to reduced forms of nitrogen (i.e., NH4+, N2O, or N2) depends on a variety of factors but is of major importance for nitrogen loss (as N2O or N2) or nitrogen retention (NH4+) in ecosystems. This work investigates the effects of carbon to nitrogen ratio and subtrate concentration on pathway selection during nitrate dissimilation (respiratory ammonification versus denitrification) in a newly discovered soil microorganisms, Intrasporangium calvum, which possess a dual-pathway for nitrogen dissimilation (in collaboration with the Stahl and Winkler Labs, UW; Sullivan Lab, UNR; Blank Lab, USDA-ARS).

Diatoms in the southern ocean experience tremendous environmental stress from UV exposure. This work investigates the effects of UV exposure on the transcriptome of Corethron hystrix to enable gene discovery.

Multiplexed real-time microbial growth measurments, usually performed in small volumes in 96-well plates, are extremely powerful for understanding microbial growth rates under different environmental conditions. When these data are paired with molecular-based tools, results can be even more powerful, but are restricted to sample volume. Scaling up in volume for molecular analyses in serium vials and balch-tubes for studying anaerobic metabolisms requires laborious and tedious manual measurements. We are developing a real-time microbial growth quantification instrument using open-source, software driven automation, remote visualization, and data aquisition. We are currently beta-testing. 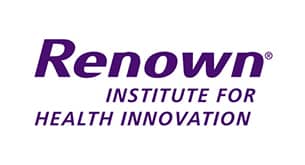