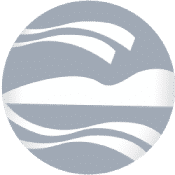 Managed office and performed any and all necessary administrative tasks for software developer whose suite of proprietary judicial products, AJIS Appear Speech and Comply, are now used in ALL of the U.S. Federal Courts.

Successfully developed and managed the first permanent system installation department for one of the largest audio/visual contractors in the country.

Assisted in the development and implementation of three product lines of exclusive, computer-based, presentation systems used by several branches of the U. S. government as well as large private corporations.